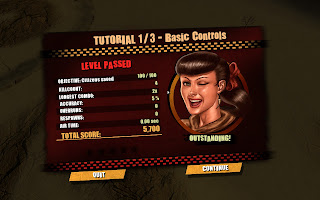 Why am I making excessive comparative references to excrement when talking about this game? Well, other than foreshadowing the general tone of this review, it reflects what runs through my mind whenever I think of it.

The general premise is top-down isometric shooty pew pew action in a Mad-Max setting with the player avatar in a tricked out car defending helpless towns from hordes of marauding bandits, slavers and the post-apocalyptic version of born-again Vikings in sweet rides. This is the game in its entirety.

The game markets its premise on the notion of arcade nostalgia, and that is never a bad thing. Throwbacks to the Gaming Golden Age of the 90’s should happen more often, but only with the clause that they should be done well.

Let me explain the vitriol.

I have only been able to play this game for a grand total of 65 minutes before the whole damn thing conflicted with C++ and crashed, refusing to start the game engine. I have been trying for four days trying to get it to work, and the most helpful official support is the letters “TBD”- that’s right, to be decided, on the help page. I have tried everything, three game reinstalls, two C++ reinstalls, checking error reports, even fiddling extensively with the conflict using Windows debuggers as a desperate last attempt. Commitment.

Other than venting the spleen that’s been building up with spleen-juice for the past four days, I’m telling whoever’s reading this that I can only review the tutorials and the first two levels, and I have to make a judgement based on this, as well as explaining my bias here. 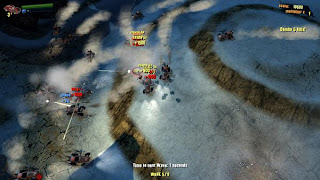 “Ok, we know why you’re pissed, but surely the game has its merits,” I hear you, our readers say. And I respond to that with a firm: sort of.

The general awesomeness of play is somewhere between meh to the aforementioned crap. The game, at least as far as I got in 65 minutes, involves you blowing up cars and vans trying to save wasteland outposts.

Here it falls flat on its face for two simple reasons. One, you car handles like the steering system has had any moving part welded to the other moving part in an effort by a well meaning but naive mechanic in an effort to stop that durn thang movin’ that ain’t a wheel. And secondly, despite you having hood mounted machine guns you cannot hit a target at close blank range. They both in tandem kill any fun to be had in this.

These are the monolithic fails, and there are numerous other small ankle-snapping annoyances in here as well. Enemies will generally approach from the same direction, so it makes it painfully easy to pick off the early guys and know where to lay your traps. Some AI variety would be nice. The voice acting is okay, but the writing is just so damn hammy. Partially as a result of this, your character comes off as some half insane macho woman with issues desperately trying to prove she can roll with the boys. She’s simply irritating and you just want her not to speak. Ever. 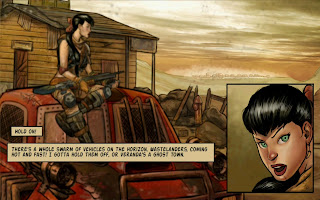 The following is not really a fault, but just bad logic that really niggles at me. WWIII is officially over, and there exists in the American wastes small bands of survivors trying to cobble together some sort of a living whilst trying to fend off the rabid post-nuclear war Vikings. Ok. That’s a cool enough premise. Fallout 3 was like this, and that was pretty sweet right?

Just one question: why would these survivors, who by definition are trying to get by despite the angry Norsemen, have absolutely NO defences? Are they hoping for a friendly player character such as yourself to come along to save their radiated asses?

I complain not in the spirit of nitpicking, but that there could have been a decent game mechanic in the town helping to defend itself. You could get points and coupons or something to spend towards buying Jimmy in the belltower there a sniper to help you every now and again pick off the lone annoying assholes taking potshots over on the hill. I suspect this might come later than 65 minutes in, as it seems a fairly obvious thing to do, but I can’t say for sure.

I know it’s meant to be an arcade style romp, but this isn’t how you go about it. Arcade games are wonderfully shallow and fun, but there’s no fun.

The music is endearingly filled with banjos and electric guitars. Which we all love after the apocalypse right? It provides a nice textured counterpoint to the pew pew of the game. I rather enjoyed it.

The art department is also brilliant. The cutscenes consist entirely of comic-book style panels that are very very well done. Minus the bad writing, it’s a pleasure to watch.

Summing up, according to our rating system, we must give this game one star as an unplayable game; and this is unplayable because of a bug the size of Australian continent. However, on the first 65 minutes, and assuming the bug is patched, the game is worth the score below for some simple, if uninspiring fun.