Yes yes, we know, we know. Facebook gaming sucks and all that. But really, it doesn’t. Facebook games are fun little time wasters, especially good for a quiet day at work.

And the range of Facebook games has increased dramatically, with major publishers like Square Enix and Tecmo Koei joining the incumbents like Zynga to the party.

So what are five of our current favourite Facebook games (at least, while we wait for Civilization)?

Knights of the Crystals

This one comes to us from Square Enix, and it’s a fairly standard “MMO” in the Mafia Wars vein. You’ll complete “quests” to gain loot, and take on other players to steal their cash. You can for parties with your buddies to make the grind easier.

What makes this all fun is the typical Square Enix production values. The graphics are stylish, the sound effects and music as good as we have come to expect from the publishing giant. 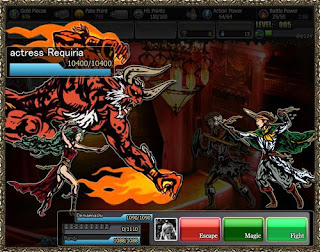 And this is a much cuter turn from the same company. You breed chocobos and send them off to dungeons where they’ll kick Goblins and Skeletons and other nasties. The treasure they find can be then used to kit them out with functional (but mostly cute) armour and hats.

It sounds silly, and it is, but it’s also very charming, and like the best Facebook games, easy to pick up and play in five minute bursts. 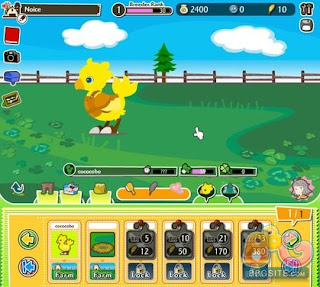 Unlike Chocobo, in this game you’ll be decorating a big tree with random stuff. It might not exactly break the mould for Facebook games, but it’s good to see Tecmo Koei on board the Facebook train. Romance of the Three Kingdoms next, ok? 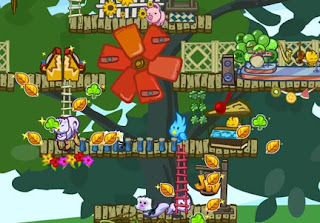 This is little more than a reskinned Farmville, with cute Zynga people replaces with cute Smurfy people, but the Smurfs rocks, so we can forgive it for that.

But really it’s basically the same aimless thing we’ve played a hundred times before (for an hour before getting bored). There’s some minigames to spice things up somewhat, but the main appeal here is the Smurfs. And we can’t stop playing it. 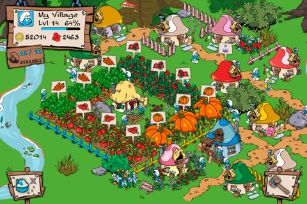 We couldn’t really avoid mentioning Zynga, so here’s its most recent game, and like the others, it’s a very well crafted, very addictive game. In some ways this is a response to the looming Civilization game, and it shares many traits with that empire-building game.

Otherwise you perform many of the same actions that you have been in Farmville and Frontierville. Props to Zynga for the play on Axis and Allies, though. That board game is awesome. 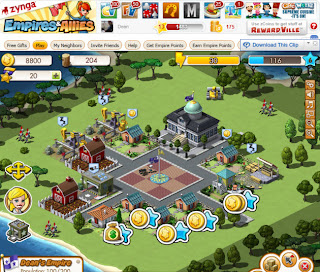 So, while these games might not be the most hardcore games around, these five Facebook games to awesome jobs of being time wasters.

Do you have any other Facebook games you’d recommend? Let us know!