Is EA’s recent string of high-profile casual, social and mobile games developers and publishers highlighting that the real money in the games industry is moving away from large-budget games development? 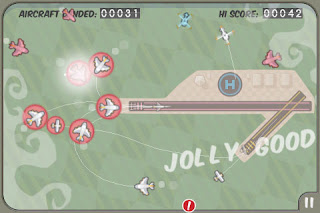 In recent times, EA has acquired Zynga competitor, Playfish, as well as iOS specialist publisher, Chillingo. It now also owns possibly the largest developer in , Firemint – a 100-off strong team that was made famous from a little $1 game called Flight Control.

It’s also worth noting that EA also recently acquired Mobile Post Production. These ‘behind the scenes guys’ focus entirely on delivering high quality cross-platform development solutions and porting of games to smartphones. A substantial asset to have for any publisher with big goals for the smartphone market.

For a major publisher like EA to make three acquisitions in these related fields of gaming suggests that, indeed, the opportunity here is significant. Playfish is competing against Zynga and yes, it’s not doing as well, but that’s only because Zynga’s value is possibly more than EA itself – it’s worth potentially as much as $10 billion.
Chillingo carved out a substantial niche for itself prior to its acquisition and, at over four million sales, Firemint has proven it knows how to offer up a successful game.
So at the moment, the social/ casual flag is flying ever higher – I doubt even Nintendo predicted this (and certainly, at recent press conferences, Nintendo has made it clear it does not like the direction this part of the industry is heading, and the rumoured successor to the Wii sounds like it could turn its back on this market).
And the other developers and publishers are following suit. Square Enix has made substantial investments in bringing games to the iPad, iPhone and Facebook. Sony is launching a boatload of different products – from phones through to tablets, to appeal to the way these ‘new gamers’ like to play.
The question is though, is it sustainable? EA has remarkable faith that it is. The acquisitions would not have happened if EA thought the market would bottom out in the next three to five years. But you still have to wonder.
After all, we’re already seeing that it might well be difficult to make real money on the App store. The inundation of casual, low priced games that make their way onto it each day is making it ever harder to stand out… and to make a profit from a $0.99 game, you need to stand out.
That EA has invested in developers and publishers that aim for quality, rather than raw price in the iOS space suggests that it knows the $0.99 model is not sustainable. That EA made these acquisitions after already investing in developing and publishing its own games on the platform suggests that it knows there is money to be made there, though.
So I believe that EA knows where the market it heading – and like it or not it’s not investing in blockbuster developers. It still has those, sure – any major publisher needs the Visceral Games or massive FIFA investment to stay big, but the “R & D” and acquisition investment seems firmly focused on this newer form of gaming – those are the growth opportunities.
What do you think about EA’s acquisition strategy and the direction the games market seems to be heading  in? Let us know in the comments below or on our forums!
Share this