Parasite Eve: The perfect symbiosis between book and game

More books should be adapted to games just like this was.

She was Her host’s slave no longer. She was the mistress, nuclei Her servants. She would be able to create a daughter of Her own will, a life form even more perfect than She. An Eve for the new world.

The goal of a lot of great horror is to leave us feeling disempowered. Those things that go bump in the night are portrayed as being beyond our ability to resist, combat, or even comprehend.. From the unkillable brutes of stalker horror, to the unfathomable nightmares of Lovecraft’s cosmic horror, and the literally untouchable ghosts of haunted tales, so much eﬀective horror strips us of our ability to resist.

So imagine the horror of having our own body rebel against us at the very cellular level. That’s the genius of Sena Hideaki’s seminal masterpiece from 1995, Parasite Eve. The book sat alongside the likes of The Ring and kickstarted a new wave of international interest in Japanese horror when it was new (and indeed was the ﬁrst winner of the Japan Horror Novel Award), and has, in the nearly 30 years since, cemented itself as a modern classic.

It starts out incredibly dry. The ﬁrst third of the book is almost textbook-like in the way that it discusses both scientiﬁc research and a medical operation. For that ﬁrst third of the book, you would be left wondering if Sena – himself a pharmacologist – was simply showing oﬀ. The vivid descriptions of what is going on through these scenes are certainly not for the squeamish, but that’s true of any particularly vivid description of medical matters. That doesn’t inherently mean that the work is horror. 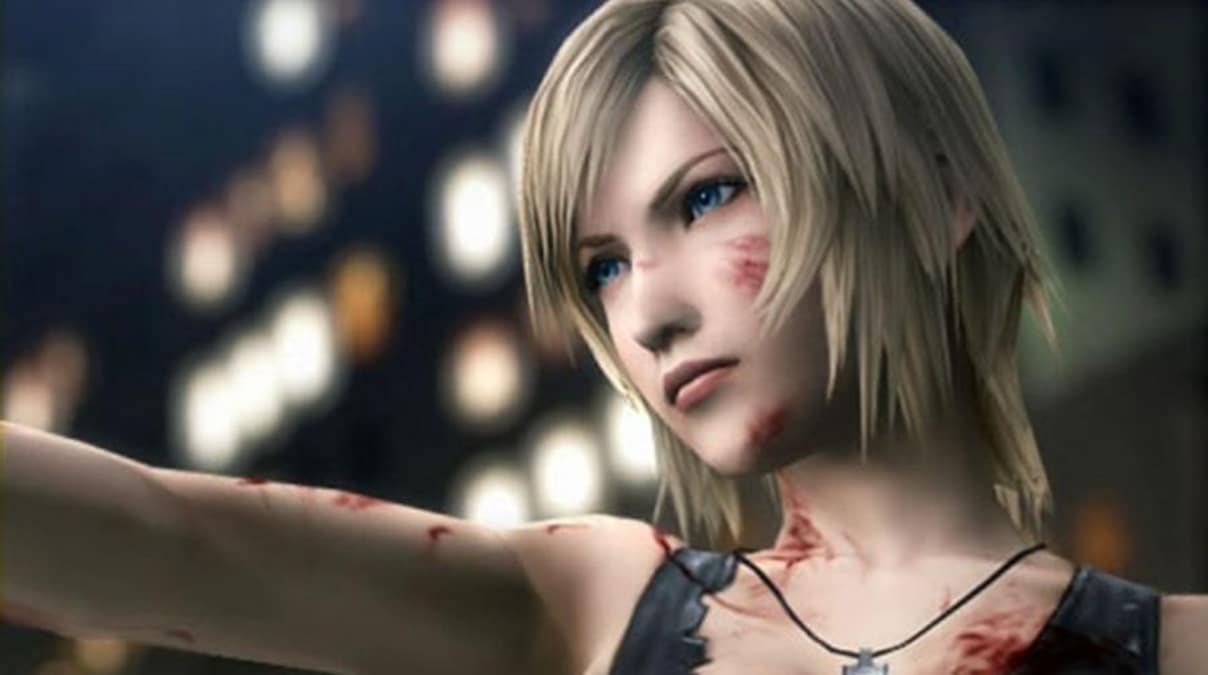 It’s not a slow start, however, but rather a methodical one, because Sena ﬁnds his horror through that near textbook-cold approach to storytelling. At ﬁrst, as Sena describes the evolution of mitochondria – basic building blocks of biology and an inescapable part of who we are (they’re literally components of our cells) – we feel lectured to. When he describes in great detail how a scientist, apparently mad with grief after his wife dies in a horrible car accident, preserves his wife’s cells by extracting them from her liver, we feel a little creeped out by the guy’s reaction, but more than that, there’s a kind of detached sympathy for the character, combined with a detached fascination for the scientiﬁc process itself.

But slowly we’re made aware that the mitochondria are sentient, angry that its species has spent so long subservient to humanity, and ready to take humanity’s place at the top of the food chain, and that’s when the horror kicks in… just how do you resist, or ﬁght back, against a revolution being waged in your body by rebellious cells that have little interest in your survival?

It’s a ludicrous premise… except that all those scientiﬁc descriptions and the overall textbook dryness of the book lend it a sense of authority and authenticity. Deep down, we know that our cells aren’t going to rebel against us (you could argue that cancers, auto-immune afflictions, and other afflictions are a kind of rebellion, but not a sentient one). However, deep down we know all horror isn’t happening. It’s a genre where the best works are about suspending belief, and the structure of Parasite Eve allows for that to happen. In fact, in many ways, it’s the horror foil to Lovecraft. Lovecraft’s own horror writing was ludicrous (cosmic “God”s with octopus faces? Really?), but worked because we all know that space is a great unknown and what we do know of what’s out there – black holes and the like – is enough to give us nihilistic nightmares of incredible, unknowable monsters that would consume us in a heartbeat.

Parasite Eve, meanwhile, takes one of the tiniest building blocks in the universe and makes us terriﬁed of that. It isn’t something that we can see, but like great Cthulhu itself, if it wanted to, the mitochondria could swallow us whole, dominate us, kill us and use us, and there’s not a thing we could do to ﬁght back against them. The book delves into other themes, such as the ethics of transplants under certain circumstances (a more relevant debate to Japan in the ’90s than it is to any of us today), and the way that science for science’s sake can backﬁre when it’s about an obsession with knowledge rather than working for the greater good (there are explicit references to Frankenstein in Parasite Eve). For the most part, however, this book is a careful exercise in tension and fear, using one of the most deliberately dry and pragmatic approaches to horror that I think I’ve ever seen in the genre. From Book To Game

A book about a spreading, sentient, malicious, cellular parasite? That certainly sounds like Resident Evil Evolved… and apparently Square (prior to the merger with Enix) also saw the potential in this. The PlayStation One game, Parasite Eve, is a direct sequel to the book  (though I’m not sure how that works, given that the author didn’t even know it was a Parasite Eve project until it was just about wrapping up). It too focuses on the eﬀorts of the parasite to create the ultimate being, and though it’s a lot more action-oriented than the book, much of what is in the game is referenced in the book (for example, the ability to make humans spontaneously combust).

Making a direct sequel to a piece of literature also aﬀorded Square the opportunity to deviate from the relatively plot-thin Resident Evils and Alone in the Darks of the time, and focus on bringing its own unique talents to the ﬂedgling videogame horror genre. Speciﬁcally, producing a sequel to a book allowed Square to make a JRPG rather than an action game, with a greater emphasis on character development, cut scenes, and cerebral – rather than visceral – combat. Parasite Eve had a turn-based, ATB combat system (much like Final Fantasy), and though the puzzles and level design resembled its horror game peers, the randomised combat and experience systems were a diﬀerent take.

This is a game that time has been very kind to. On its original release it only had a reasonably positive response. Critics rather liked the combat system and cinematic quality of it, but found the narrative and brevity (by RPG standards at the time) to be an issue. Unfortunately, subsequent games failed to imitate the ﬁrst game’s innovation and instead imitated then-popular action genres, including Resident Evil-style survival horror and third-person shooters. They weren’t necessarily disliked, but the more generic, less cerebral action focus meant that they lacked the qualities that made the original Parasite Eve the classic it is.

However, fast-forward to today, and it’s one of the most fondly remembered games that Square Enix has yet to dust oﬀ for a renewed run. Generally speaking, it is the games from that era that have the better, more memorable narratives that are remembered. Visually PlayStation 1 games no longer have the impact on players they once did, and certainly, in terms of control mechanics and general gameplay structures, a lot has been learned in the years since. But one area that PlayStation 1-era titles do continue to compete in is with regards to storytelling. By locating the action of Parasite Eve in real-world locations within New York City, Square Enix brought across some of the qualities of the original book. They helped to suspend disbelief over the scenario by grounding it in something real. While Resident Evil was out there delighting in being a homage to the most camp of B-grade zombie schlock, Parasite Eve is, if anything, too self-serious for its own good. But it also knows that it has a strong story to tell. Parasite Eve would be the nearly perfect property to dust oﬀ in 2023. For one thing, for obvious social and cultural reasons, the whole hell-plague of invasive parasites would go down a treat as a horror concept. But there’s more to it than that. In 2023 there are more genres available, and a developer doesn’t need to struggle to make a concept work in a genre that’s not entirely suited to it. The typical “survival horror” genre doesn’t really work for Parasite Eve, since it’s not really a visceral kind of horror, but more a cerebral one, which is why the original had JRPG mechanics. But you only need to look at what has happened in the years since to realise that Square Enix would have a lot more room to play now.

I could easily see a Parasite Eve game taking on some of the qualities of Tokyo: Ghostwire, for example. It wouldn’t need the nonsense open-world busywork, but the combination of detective sequences and a city that is largely empty of living humans would make sense – in the original Parasite Eve game the city was eventually evacuated as the parasite started running amok.

That’s just spitballing, but to this day Parasite Eve remains one of the most authentic and accurate eﬀorts at adapting literature to video games. It doesn’t usually happen. Put aside Tom Clancy (most of those games are only very loosely related to the books anyway), and books, much less literature, very rarely inspire direct transfers to video games. Parasite Eve is one of the most unique and interesting horror novels in the last 50 years. It would be nice for a new video game to remind players of its existence and value.

This article was initially printed in the May 2022 edition of the Dee Dee Zine. For more information on why we have stopped publishing that magazine, please click here. We will continue to regularly re-print content from those magazines for DDNet’s readers here over the coming months.