Uchikoshi Kotaro has a well-deserved reputation for being one of the thinky game artists going around. The Zero Escape series established that reputation, while the original AI: The Somnium Files reinforced it. The sequel, nirvanA Initiative (‘A’ and ‘I’ capitalised, geddit?) doesn’t break new ground, but then again it also wasn’t meant to. It’s a direct sequel and continuation of the original. The fact it delivers more of what made that original such a beloved cult hit is precisely what it needed to be.

As it’s set six years after the original game, it’s going to be difficult to talk about any of it in this review without giving away spoilers for both titles (and I promise there are no spoilers here, as this is one game that should absolutely not be spoiled), but what is important here is that one of the young characters from the original story is now the main protagonist, and her adventure kicks off when she is tasked with investigating a crime that has an uncomfortable throwback to… six years ago. She’s a detective now, and she’s put in charge of an investigation when half a body of a person has been found at a sports stadium. The problem is that this half body looks freshly killed, and that’s impossible because she witnessed the discovery of the other half six years prior, looking equally fresh at the time. How can two separate halves of a body show up newly killed in two separate places and across more than a half-decade of time?

As you can probably guess what comes next is a meandering plot of twists and turns, shocks and surprises, and as a kind of whodunnit it’s structured well enough that even people that have read plenty of mysteries in their time will likely find some surprises in its revelations. There’s a second protagonist too, who provides an excellent (and in many ways darker) counter-perspective to the main girl. Fan favourites return, new characters are introduced, and while it would be fair to call nirvanA Initiative a “slow burn” as it takes a while to get to the point sometimes, it’s very hard to put down. Like the best of Raymond Chandler or Dashiell Hammett. 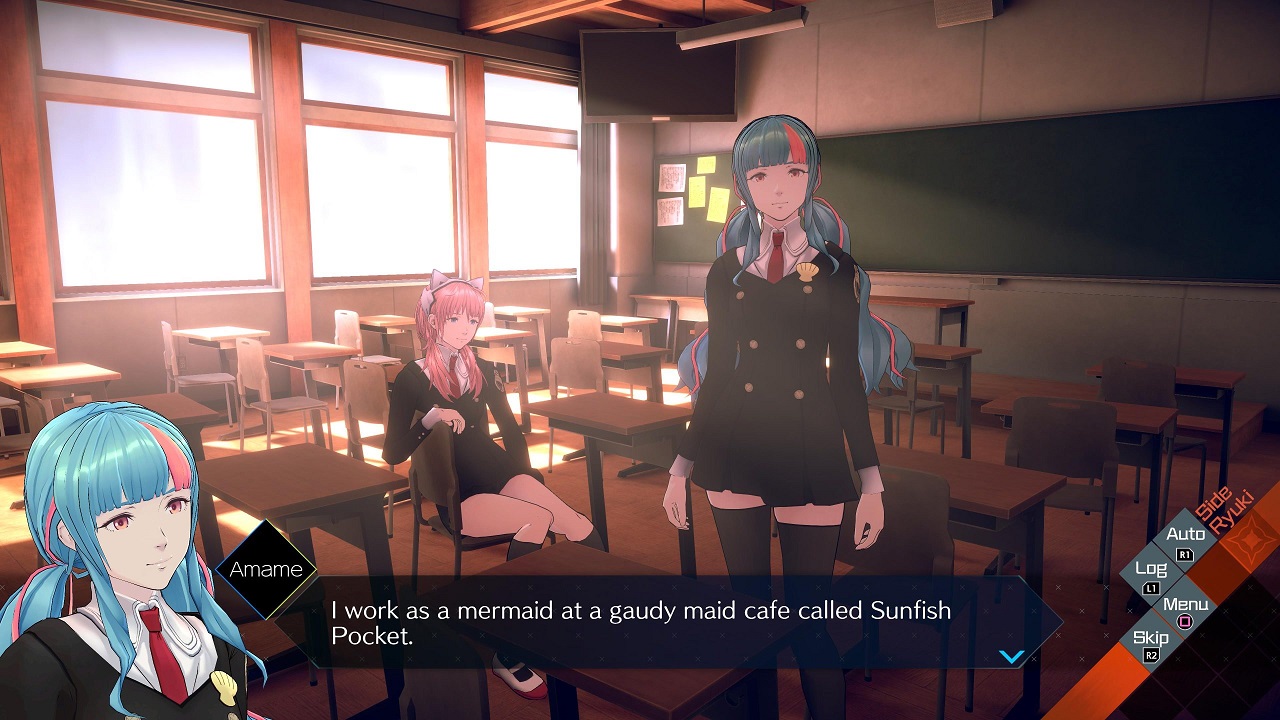 I reference those authors very specifically: AI looks like a science fiction mystery, but behaves very much like a work of noir. People sometimes have a strange idea that noir is all Humphrey Bogart and Venetian blinds, but really it’s a genre of themes rather than specific settings or aesthetics. As this useful essay on the genre notes, a noir work will feature at least a few of these themes, and the genre is so beholden to them that they’re almost a checklist:

That’s why you can have a film like the masterful Nightcrawler still be a noir work even though there’s no detective process in its examination of journalism, exploitation, and ethics. Here, with AI, we have a detective work that eschews the Venetian blinds and high contrast environments for bold anime colours and science fiction trappings, and yet it too remains noirish by checking off so much of that list. Within AI you will see the existential crisis, the femme fatale, moral ambiguity, alienation, and more. Like the best noir, nirvanA Initiative will often make you feel uncomfortable and challenge you to think hard about what you’re witnessing. These relentless questions that the game’s narrative asks of its players, to pay attention and think critically about what’s going on, allow Uchikoshi to further dig into all kinds of different philosophical concepts. 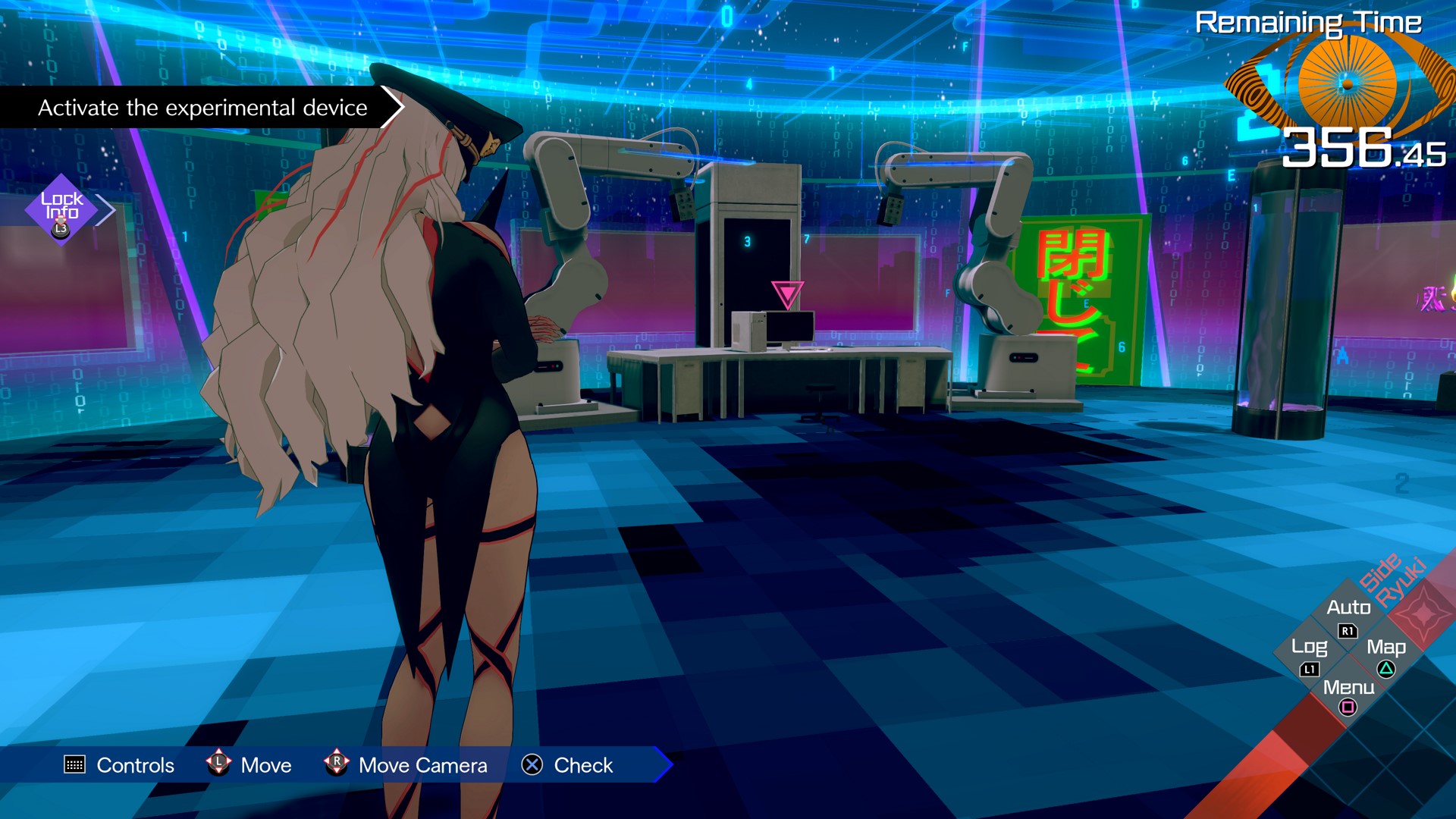 He’s often not subtle about it. For example, there’ll be a discussion about the Mandela Effect and that will be prefaced by a character explicitly stating that they’re having a conversation about the Mandela Effect. In other media the conventional wisdom is to “show, not tell,” and it comes across as clumsy and contrived when the author does it the other way around, but then again, this is video games, a relatively unsubtle medium, and once you do get past the bit where Uchikoshi spells out what he’s doing, the subsequent way he engages with the discourse be particularly interesting. Because this is a game in which revelations are discovered by diving into a person’s psyche, there’s also a strong psychological element to it, and the way it moves through its ideas is consistently interesting. nirvanA Initiative is an interesting game, and it seems quite determined that that’s the overwhelming impression you’ll have of it as you walk away. That can also be the one main criticism that you could level at it: that it’s so focused on being interesting that it does read a little like a Jean-Paul Sartre or Albert Camus novel at times. By that, I mean that when philosophers write novels they tend to take a rather dry tone and treat characters and situations as utilities to deliver their thoughts on the matter, rather than trying to get the audience emotionally connected and involved with them.

However, given that there are characters I do love in this game (Iris is back!), and they are a vividly memorable bunch, perhaps the emotional connection is there, it’s just less overtly manipulative than we’re used to in video games.

Even if you find the central narrative dry, the aesthetic presentation and delivery of it is anything but, as Uchikoshi has a command over surrealism that few others come close to. Whether it’s oddbeat characters showing up at the perfect moment to say oddbeat things, the game putting aside a moment of serious discussion to randomly feature a J-Pop dance number, or a sense of humour that can be eye-popping at points (this game gets horny at times), Uchikoshi knows how to use subversion and hyperbole to keep the audience’s attention. It’s difficult to balance out a narrative that goes to some genuinely dark and thoughtful places, and also one that can be so frequently funny that you’ll think of it as a satire, but nirvanA Initiative hits its beats so perfectly that it’s an ideal example of just that. 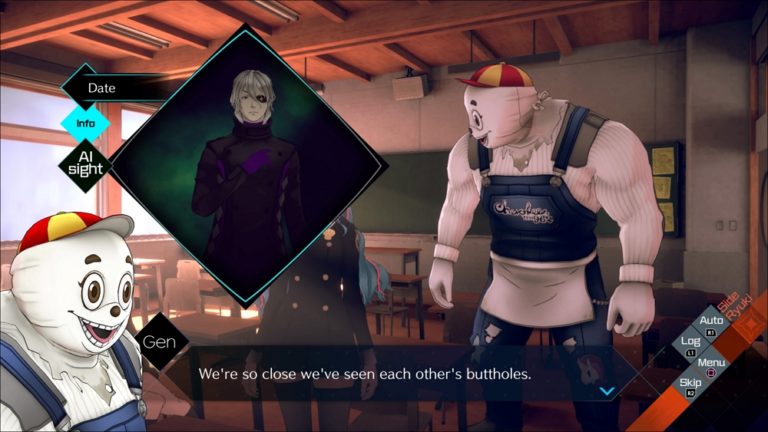 As with the original AI, nirvanA  Initiative is basically a visual novel, though it’s one that people that like their games to be more active will find palatable. You’re frequently required to dive into the minds – Somniums – and in those you’ll be presented with a wide range of different puzzles that you need to complete within a time limit (which changes from “effortlessly generous” to “absolutely brutal” depending on the difficulty setting). Rather than that time limit ticking down in real-time though, “time” gets chewed up as you take actions and wander around. Stand still (to think about things, for example), and the timer effectively sits there in statis with you. Successfully solving these puzzles, therefore, doesn’t require quick thinking, but rather that you’re efficient in exploring spaces and figuring out which are the right actions to spend time on.

There are also short action sequences, complete with QTEs. I generally found those to be pointless, but then I am a guy that happily plays visual novels that involve no decision-making whatsoever. I realise that this game is pitching at a broader audience and so needs these little bits and pieces that help make people feel like they’re actively involved. The action elements in nirvanA Initiative are fine, and if you’re really not that interested in them you can basically turn them off.

One “gameplay” element that I did really enjoy, however, was a little “Tamagotchi” mini-game that you can play as you work through the narrative. This is exceedingly simple and involves giving your little monster an answer every 20 or so minutes, but the “microbreak” that gives you from the main narrative works very much like the microbreak you get to interact with a real Tamagotchi. It’s fun watching the little fellow evolve based on your decisions, and its presence within the overall experience also doubles as one of its great amusing surrealist moments. You’re sitting there looking at horribly mangled bodies and tracking down Jack the Ripper-like killers, and suddenly, ping, your little cutsey virtual pet needs attention. There’s perhaps no better commentary about “video games” vs. narrative drama, than what those moments create. 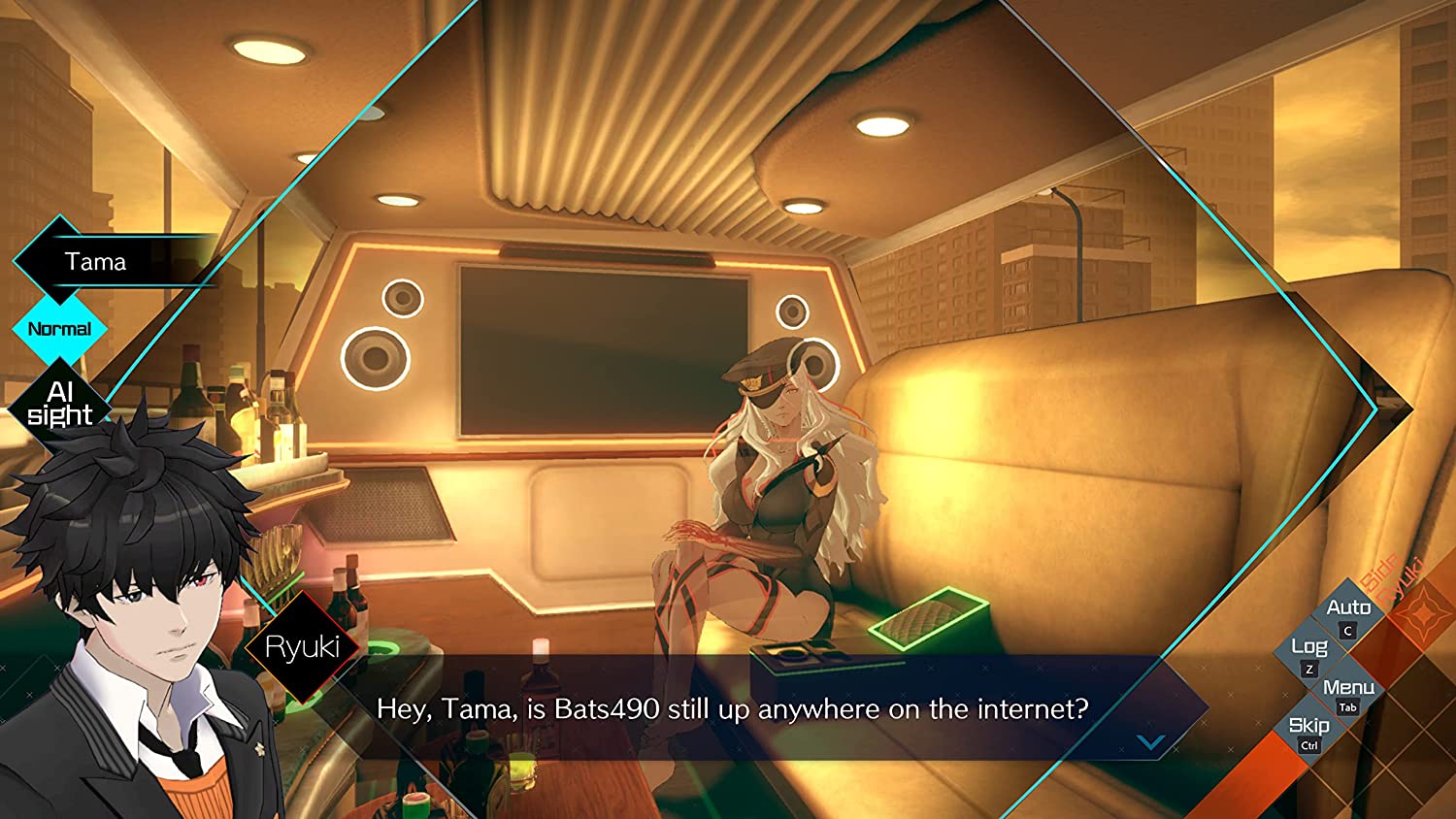 AI: The Somnium Files – nirvanA Initiative is an exceptional game that hits the same beats as the original, while introducing plenty of fun new characters and a winding, complex plot that is going to keep you second-guessing right to the end. If only we had more games that respected the intelligence of their players like this one does.