If the military shooters looked like this I would have signed up for the army.

So, as it turns out, if you take the raging, rancid, unapologetic nationalism, historical revisionism, and military hero worship out of an FPS, and instead drop in a really pretty girl with a bikini costume option and pink gun skin, then I go from hating the genre to loving it. Funny how that works, huh?

In all seriousness, Bright Memory: Infinite is exactly the kind of shooter that I like. It removes itself from the deeply unpleasant, frankly indefensible political positions that the AAA studios produce as near-propaganda, and instead drops players into a thing that has the kinetic action and bullet ballet of the genre at its best, but with a vastly more pleasant concept. You play ash Shelia, a drop-dead gorgeous operative that… finds herself doing something about a black hole and attacking goons with guns and gladiators from ancient Rome in equal measures. Okay, so the plot doesn’t make much sense (or any), but at least it’s not saying Reagan was good, and it subsequently gets out of the way of the big action. Given that I’ve been playing the likes of Xenoblade Chronicles 3 and Live A Live in between Bright Memory, this has been the near-perfect break from that.

To be clear, Bright Memory’s action really is big. And relentless. Across its two-hour run time, it blisters along with barely a moment to allow you to catch a breath, and crams plenty of variety in terms of the enemy patterns, environmental threats, and boss battles into that run time. In real blink-and-you’ll-miss-it design, you’ll be guiding Shelia through a stealth section one moment, only to switch to a Doom or Shadow Warrior-inspired spawning arena set piece the next, before then facing down a boss with melee attacks a moment later. The transitionary spaces between these moments are over in just seconds (usually a room or two with ammo restocks before it’s back to the action), and the reason the plot doesn’t really make sense is largely because it’s told through two-three sentence dialogue sequences in between all of this. 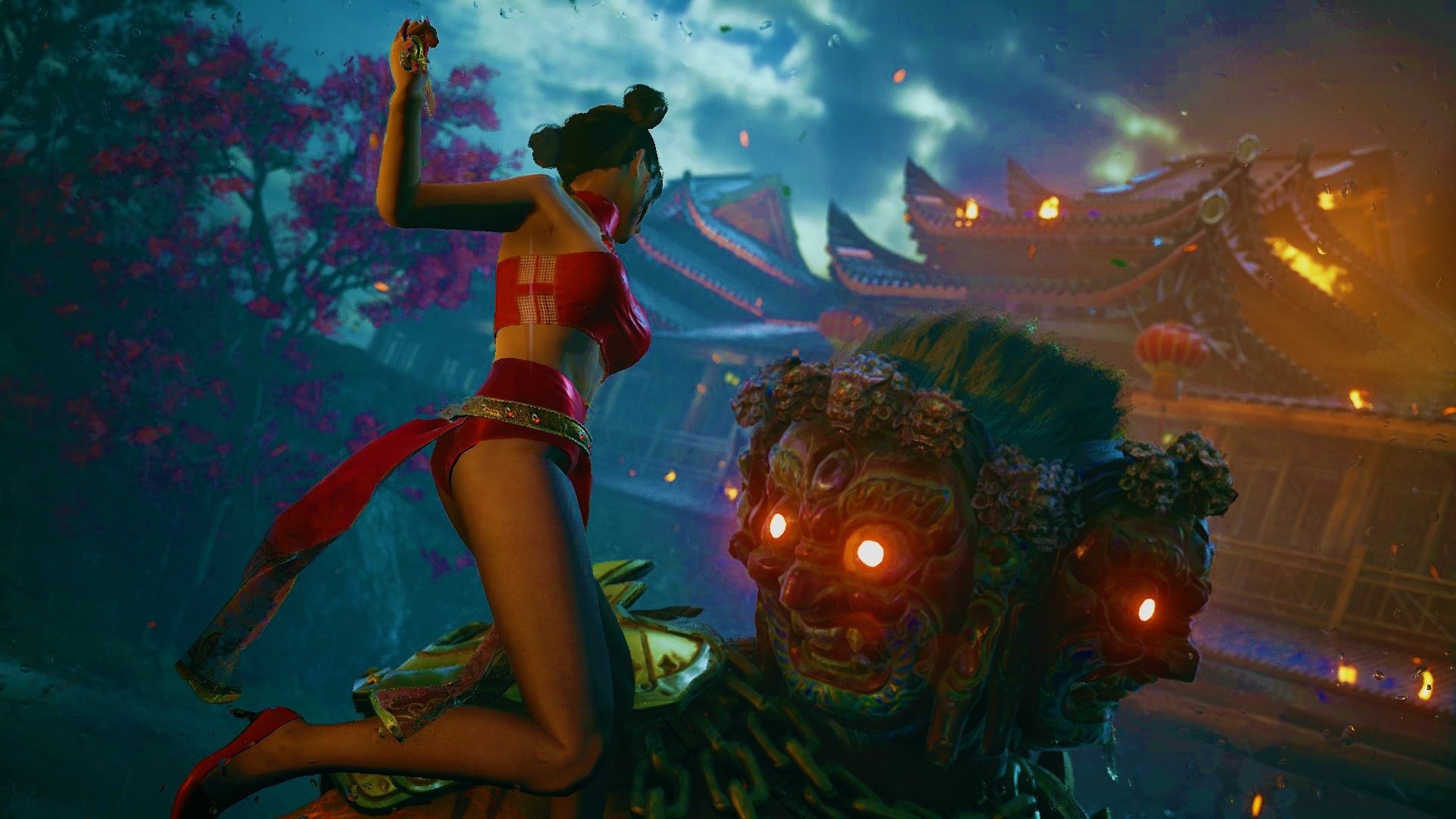 The only real break you get from the action is the occasional moment where the camera pulls itself out of the first person and you can admire Shelia for a few seconds before she’s attacked by something new and it’s back into the action. Shelia is a character that is badly under-used in Bright Memory. She’s actually an intriguing character and her snippets of dialogue make you want to get to know her more. She’s also drop-dead gorgeous. Certainly the most attractive protagonist in an FPS, ever, and she would not have been out of place in a Dead or Alive-like fighting game or your typically fanservice-friendly JRPG. The alternative costumes that are available for her (which include things that are not overtly sexy, but also the bikinis and underwear-flashing cheongsam) are a bit of a joke given she would have less than five minutes on screen in total, but the intent is clear: If Bright Memory continues as a property, expect the developer to start experimenting with third-person cameras and longer, much more lingering cut scenes. It’s clear he wants to (and worth remembering that Bright Memory is a one-person studio, so good on the guy for coming up with a character that he clearly loves).

All the kinetic energy and bikinis would before nothing if Bright Memory played poorly, and this is the game’s greatest strength: it’s incredible to think that one person managed something this refined because it plays better than most games that have teams of dozens, if not 100. In addition to taut gunplay, with weapons that have a nice snap for aiming and kick for firing, Bright Memory also allows you to play around with “magic” powers (such as the ability to tractor beam opponents to you and suspend them in mid-air), as well as a full melee system for blocks, counters, and riposts. Different enemies will be vulnerable to different kinds of attacks, and waves will have a good mix of enemy types, forcing you to be constantly on your toes and able to react quickly. On the easiest difficulty setting you can largely enjoy just blasting away at things, but at the higher levels, you’re going to really need to master the full suite of abilities and have precision reflexes to counter them all.

One other thing that’s particularly impressive about this game is just how well it runs on Switch. Loading times are reasonable, character models look good, and environments are lush. Of course the game looks even better on the other consoles, but for on-the-run play, there is absolutely nothing wrong with going for the Switch version. The only downside is the text can get a little small and blurry when playing in handheld mode, but you’re here to bleed enemies, and not read, and this is actually one of the more visually impressive titles on the console. 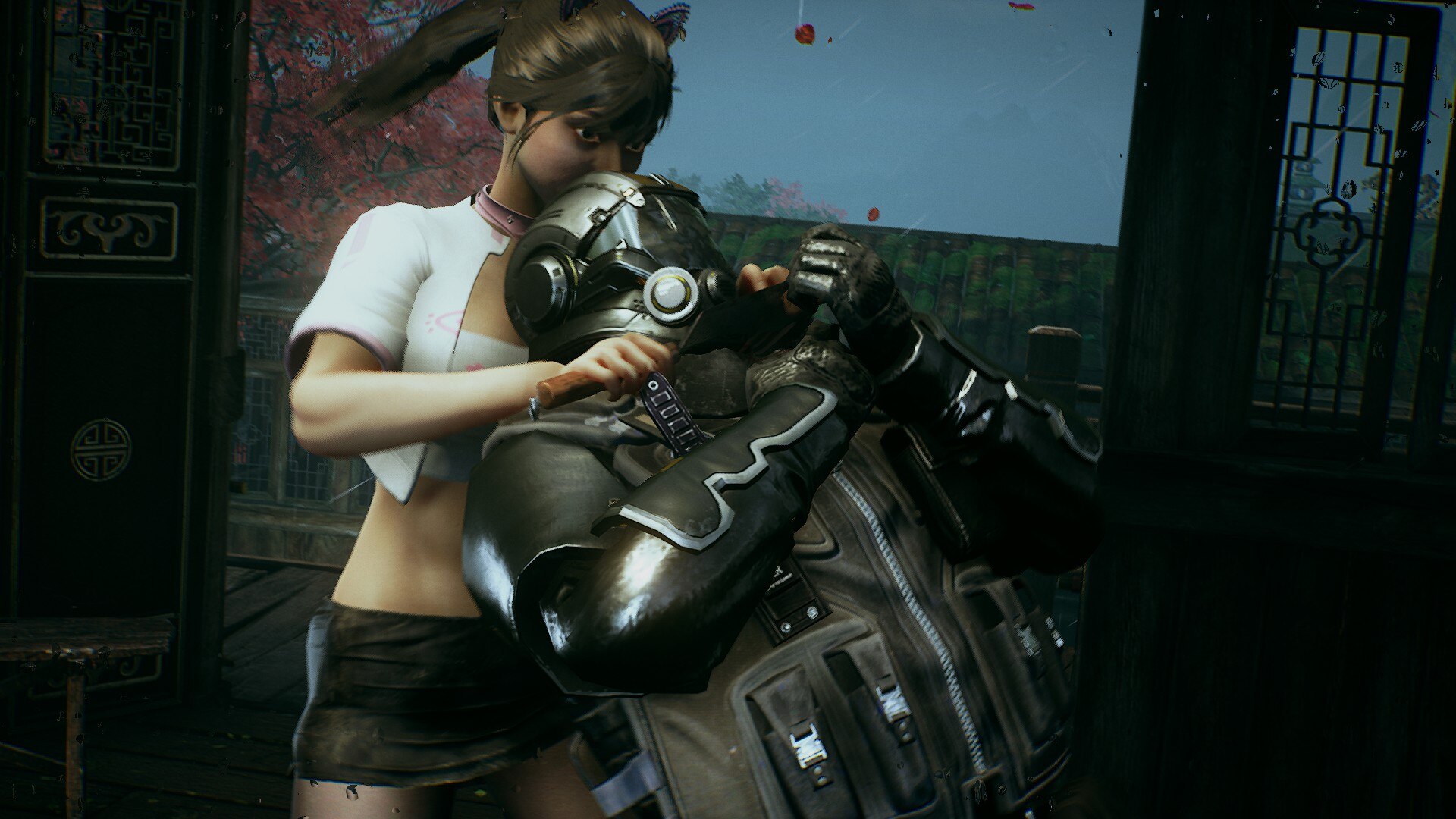 Bright Memory: Infinite doesn’t waste time. It goes in, gives you a hell of a time, and then ducks out before it has the chance to overstay its welcome. I hope the developer isn’t done from here, as I’d love to see more of Bright Memory (and Shelia!) in the future. In the meantime, this big action, relentless energy and visually spectacular experience is a true rollercoaster thrill-ride, and is worth every cent on the admission ticket.