The developers of Pinku Kult Hex Mortis are on to a good thing. The creative vision is exceptionally strong, and the blend of Halloween-aesthetic horror, mystery and RPG is an intriguing one. If only the execution wasn’t so maddingly pedestrian.

Pinku Kult is set in a dark and foreboding metropolis – the kind you definitely would want to get out of quickly after experiencing it for the first time. Unfortunately, not only is the human population largely trapped within this miserable city, but it’s also beset by demons and other such monsters. Meanwhile, a shadowy, nasty company called Shōkan Corp has recruited (forced) you to investigate these goings-on. And so, for the next ten or so hours, you’ll be wandering around town, collecting clues that inevitably lead you into some “dungeon”, and then solving some basic puzzles and fighting some enemies before tackling the boss and taking one more step towards unravelling the weird, surreal mystery.

The intrigue present within Pinku Kulk is its best weapon. At the start of the game, you’re asked to choose a mask for your character, and this is something that they’ll wear through the rest of the game. Who are they? It’s that much harder to tell when you can’t see their face. The source of the city’s supernatural problems seems to be coming from a masked woman, too, and you’re going to play on really hoping to learn who she is. The second big gun that this game has is its art style, which is distinctive, interesting, and perfectly tuned to fit both the horror and RPG aesthetics. The game comes off as a darker spin on the Costume Quest RPG from many years ago. Remember that game about RPG battles in suburbia at Halloween (want a real nostalgia hit? Costume Quest was one of our very first reviews)? This one has a similar, if much more adult, sense of whimsy. 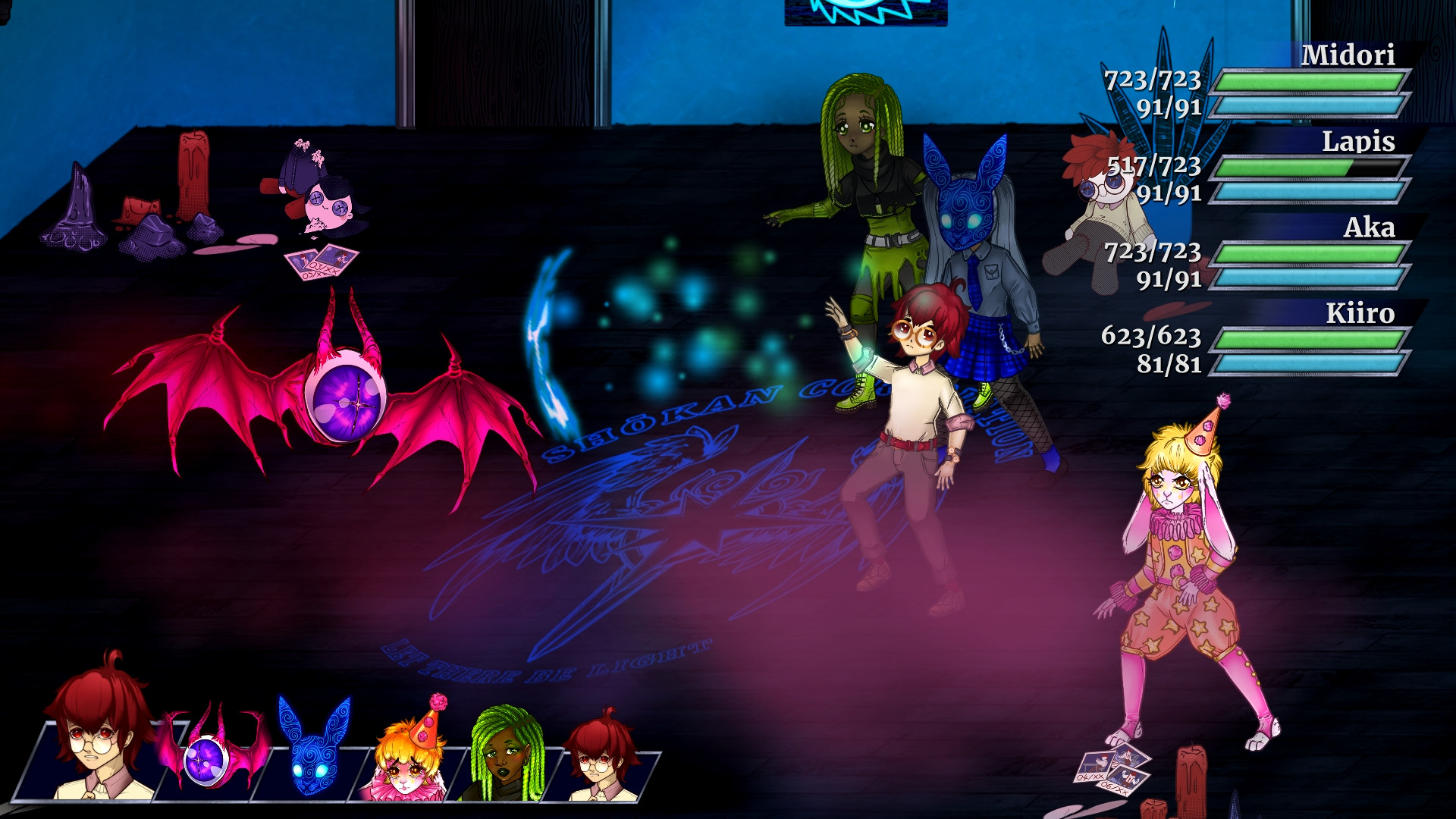 More than that, though, the developers have done a good job in leveraging this aesthetic to capture a strong uncanny effect. The city location is presented as fairly sinister, but also relatively mundane. Locations and dungeons are, more-or-less, what you might expect to find in a city. Meanwhile, however, the characters all move around in an awkward, doll-like manner, and the monsters/demons showcase some incredible otherworldliness. The juxtaposition of the mundane and uncomfortably unusual, or weird, here is textbook uncanny, to quote Freud: “In general we are reminded that the word heimlich is not unambiguous, but belongs to two sets of ideas, which, without being contradictory, are yet very different: on the one hand it means what is familiar and agreeable, and on the other, what is concealed and kept out of sight. Unheimlich is customarily used, we are told, as the contrary only of the first signification of heimlich, and not of the second. […] On the other hand, we notice that Schelling says something which throws quite a new light on the concept of the Unheimlich, for which we were certainly not prepared. According to him, everything is unheimlich that ought to have remained secret and hidden but has come to light.” Pinku Kult doesn’t have jump scares, but thanks to this uncanny quality, it does work on an unconscious level to make you feel unsettled as you play.

Unfortunately, all the creative energy seems to have run out before the developers got around to coding the game, because Pinku Kult is such a drag to actually play. Perhaps the best way to explain this is to highlight that the game has no tutorial to speak of, but that’s not actually a problem because if you’ve ever played an RPG, ever, then you know how to play Pinku Kult. The game does nothing with its systems to stand out on any level. Because it’s also quite a basic combat system, you’ll be approaching most enemies – regular or boss – in the same way, with the same tactics in mind, and because the difficulty is set pretty low, it won’t take long for you to tune out of what you’re doing after you take a moment to admire the enemy design.

Dungeons are similarly mundane (and small and generally uninventive in scope), and the thing that was meant to keep you paying attention, the puzzles, are almost an insult to the intelligence. The game, simply, doesn’t benefit from being an RPG. The developers might have been better off scripting it up as a visual novel or adventure game to keep the player’s focus on the strengths (art and storytelling) rather than introduce a weakness to let the creative vision down. 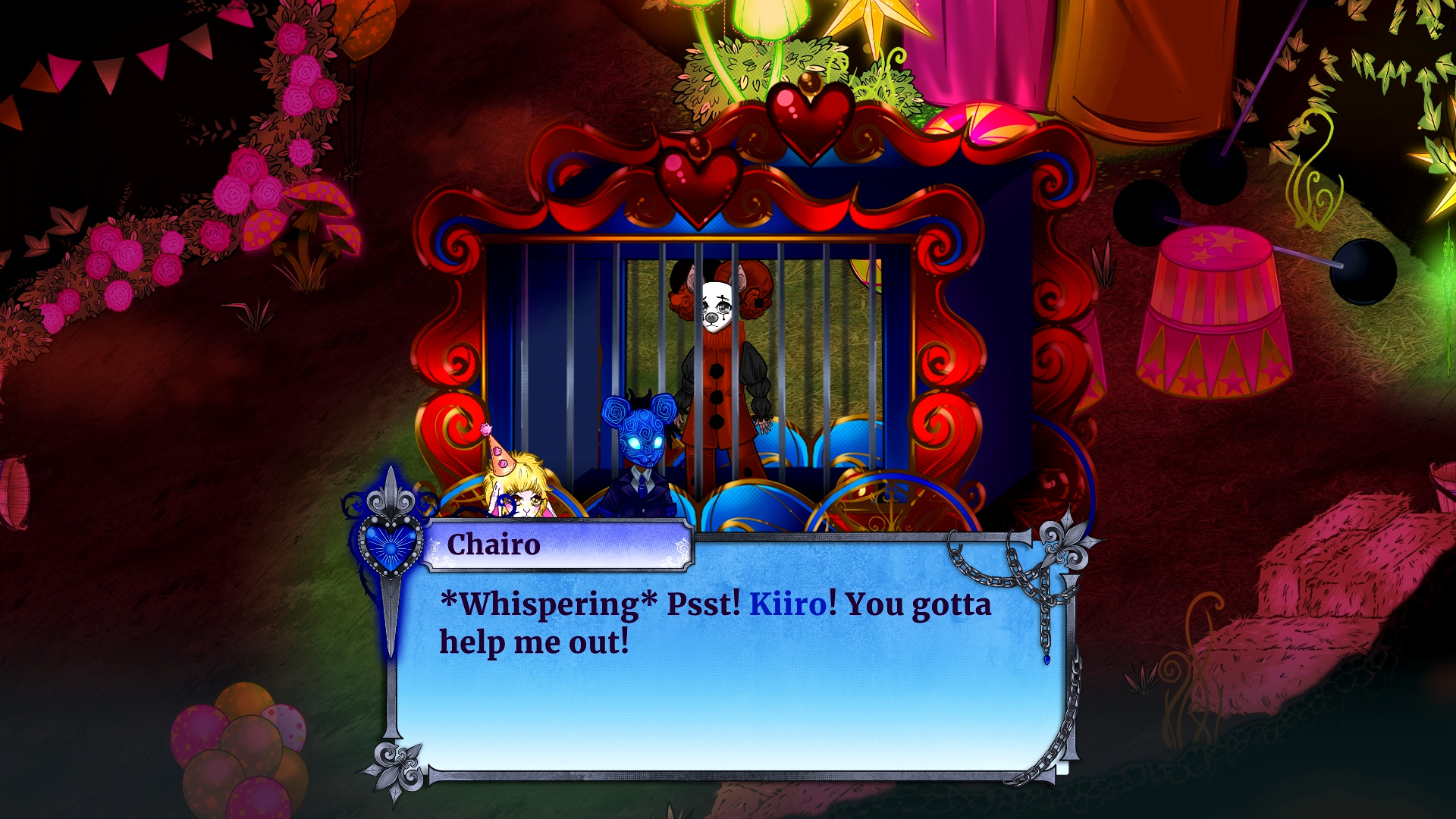 The danger with coming up with something that is a clearly different creative vision is that you set expectations for what the rest of the game will be like. The art and concept of Pinku Cult are so compelling that the contrast with the incredibly mundane RPG mechanics and puzzles is all the more disappointing. This is a well-meaning but inconsistent experience. I hope the developers get a second shot, because there are more stories to tell here and I do think with a bit more experience they’d be able to build a game as strong as the concept.