Day of the Devs is a recap I’ve added to my (long) list at the last minute; I somehow missed its announcement. Day of the Devs is from two companies I respect quite a bit, Double Fine and iam8bit. This is it’s tenth anniversary, so happy birthday to yoooou! What used to be a physical event is now digital, so we can all get involved.

This is so cute! It’s a game about the limited time we have on earth, told through the eyes of a fly. You can choose where you are to determine how long the fly has to live, based on the statistical life expectancy of various countries. Life is short, so make the best of the time you have… because we’re all going to die.

Planet of Lana: An Off-Earth Odyssey

A young girl, Lana, is forced to go on a mission to save her sister who was taken by a robot army. She meets a mystical creature, and they develop a strong bond. The creature is kind of like a ball cat? It’s a bit hard to describe. She can sometimes control the strange creatures around them. They need to cooperate with each other to continue moving forward. The game is, quite frankly, stunning. Planet of Lana is coming to PC and Xbox later this year.

I… I don’t know where to start with this one. You’re being chased by a killer spider train trying to do what it does best. If you hurt Charles enough, he’ll likely run off to find easier food. The ultimate goal is to fight to the death. Complete missions and loot the world to build up strength for the battle of a lifetime. Against a train with spider legs. Again, this is so wonderfully weird. Choo-Choo Charles will be released this year for PC via Steam. 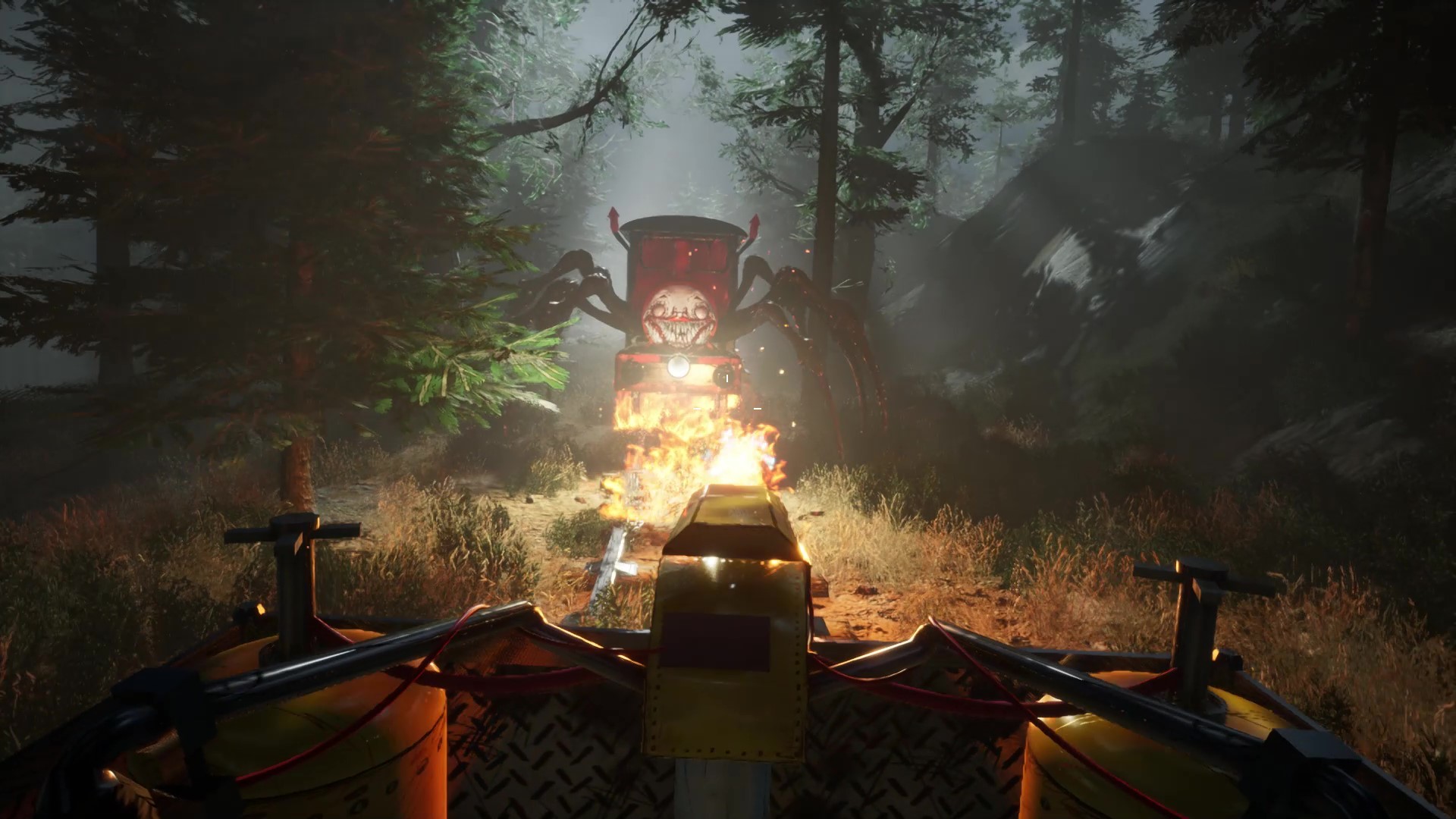 Escape Academy is what it sounds like it is… a place to learn to build the best escape rooms possible. Coin Crew Games actually started by building real escape rooms, but then the pandemic hit and everything went to crap. Escape Academy is an escape room adventure game that is able to be played solo or co-op. Basically, you need to get through room after room after room. There are so many puzzles, and none repeat. No dexterity is required, but your brain is (a paper and pencil isn’t a bad idea).

A Little to the Left

This is a game about getting things juuuuuust right. The goal is to sort, stack, and tidy the house. Each level has puzzles hidden among normal household objects. It’s like Unpacking, but without moving and with far more detail. Sometimes the cat messes things up. As you progress, the logic behind the puzzles becomes more surreal. A Little To The Left will be released later this year for PC/Mac via Steam and Nintendo Switch. Here’s an older teaser trailer:

I am obsessed with Bear and Breakfast, y’all have no idea. It’s about a bear running a bed and breakfast, and is a management sim. Hank is a young, curious bear who lives in a small home with his mom and two best friends. There is a story to go alongside the management side of things. Humans are coming back, and need somewhere to stay. There are rundown buildings everywhere, and Hank is the perfect bear for the job! This actually reminds me a bit of Cat Café Manager, but with forest creatures and multiple buildings. And no creepy subplot… none at all… Bear and Breakfast will be released on July 28 for PC via Steam and Nintendo Switch.

The world is surreal and dangerous. Animal Well is best described as a pixel art metroidvania. There are creatures abound, but not all are friendly. Found items will give players new abilities. Every item has multiple uses, but it’s not always easy to figure out what they all are. The first ten people to solve the puzzle in the trailer will get a copy of the game at launch. It will be released for PC via Steam and PlayStation 5. Here’s an older announcement trailer: 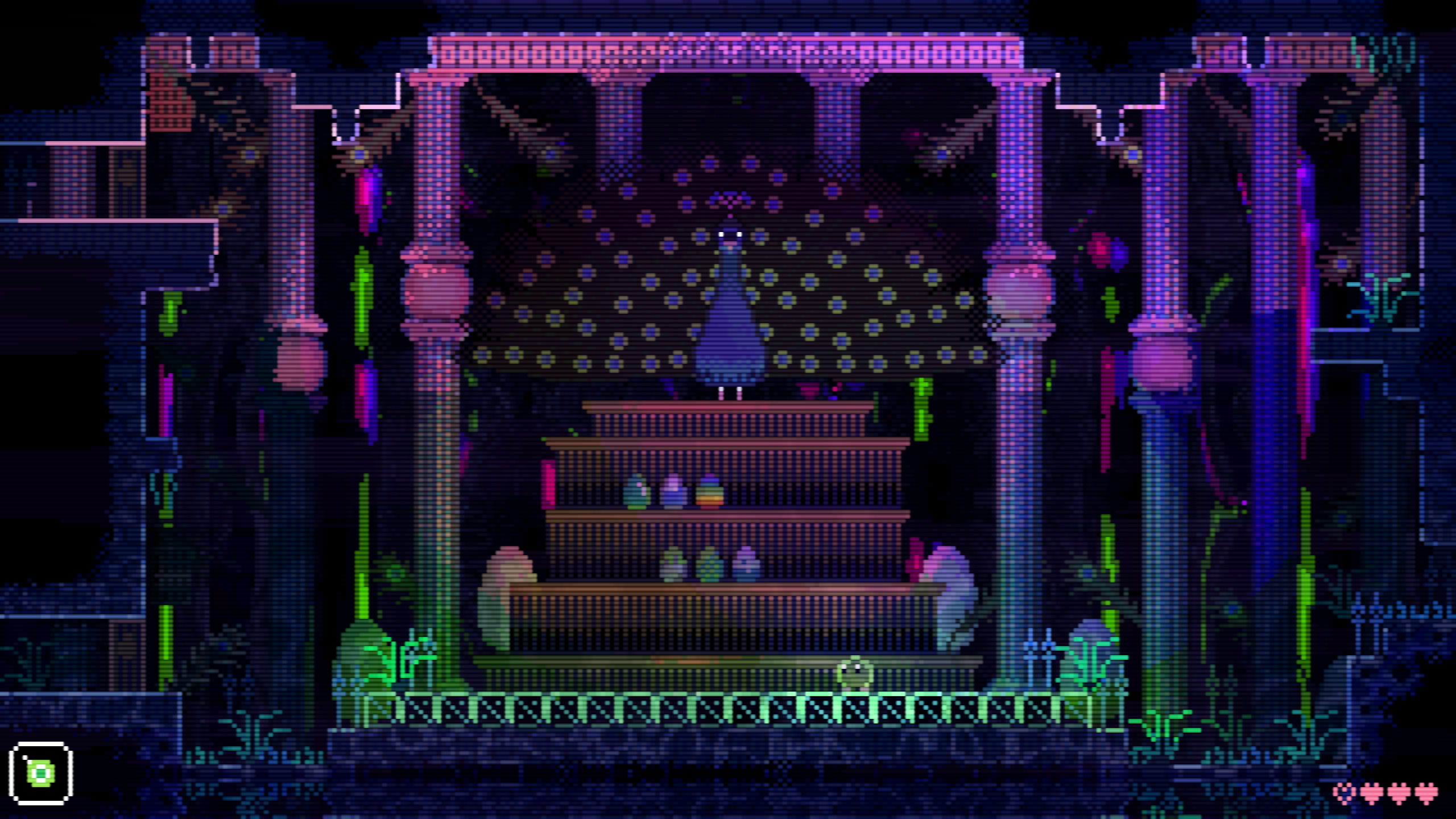 Play as a water nymph, traversing a peaceful world. Even the music is soothing. Swim your way through rivers with fishy friends. Naiad starts at birth before gaining abilities through what is found in the water. Unfortunately, humans have created fake rivers that aren’t so nice. It will be available this year for PC and consoles.

Take a trip back to the stone age in this life sim. Basically, Harvest Moon or Stardew Valley at the beginning of civilisation (both are named as inspiration). Start small, explore regions, and discover plants and resources. Many ideas are cornerstones of early civilisation, like farming. Adventure into the saves to meet the spiritual world, explaining who you are and why you’re here. Despite being set in simpler times, society is still complex. Imagine having to make food, for example. There are also fun minigames available in the world. A new demo went live today, available for PC via Steam. 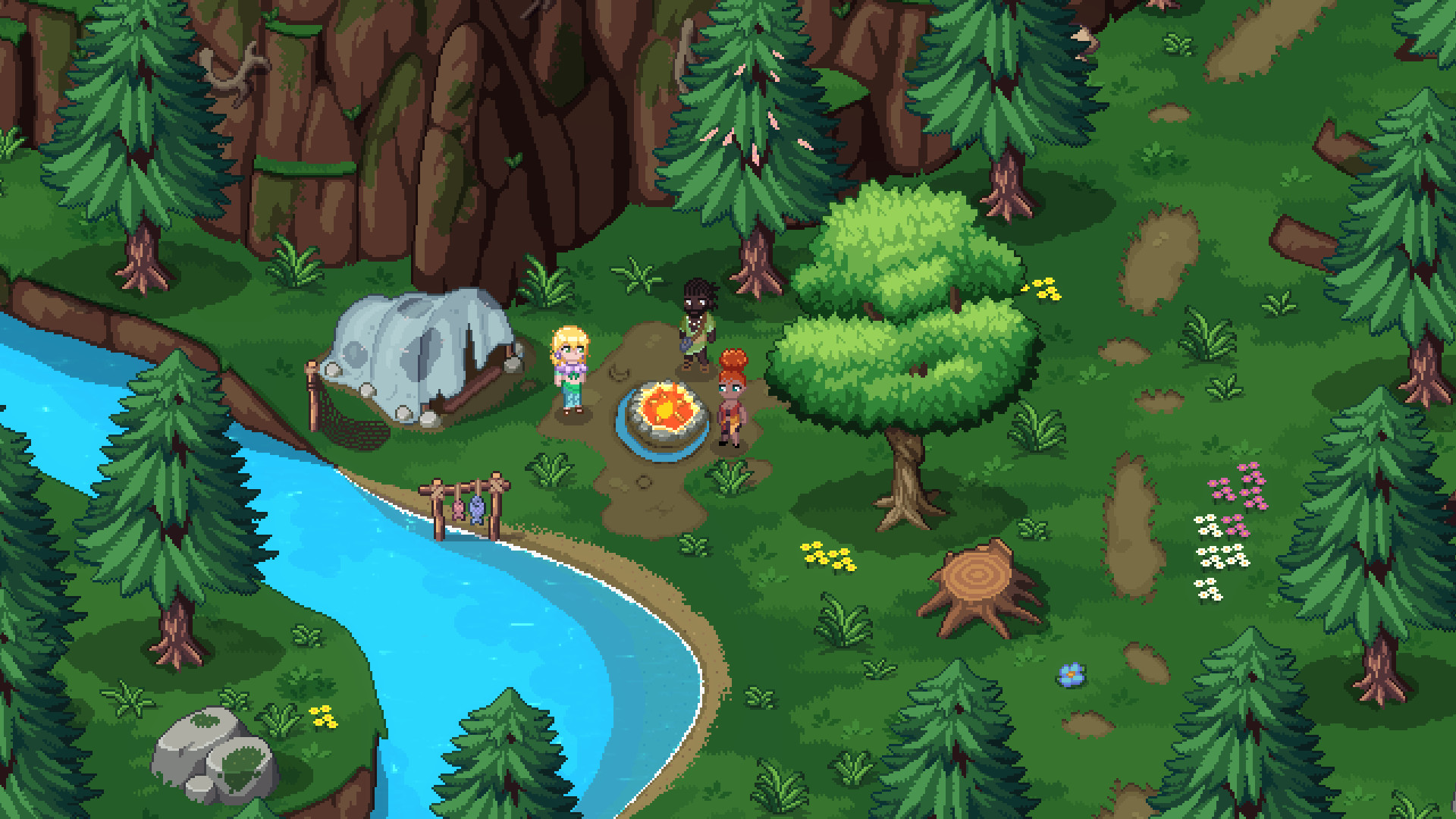 Desta: The Memories Between

This game is from ustwo games, the team behind titles like Monument Valley and Alba. It’s wildlife plus turn-based tactics, with themes about dreams and fears. You play as someone in their early 20s whose father has passed away. When they fall asleep with the ball, they find themselves between the waking and the sleeping world. This gives them the right words they need to face people in real life. It’s designed to be a multi-platform title.

This game is a shadow platformer, with players being a little blob. The art style is very minimalistic, yet very pleasing. A Schim is a shadow creature. Each shadow has their own schim; the one you play is that of a human, and you must reunite. You also help others find their matching objects. The game is meant to be accessible to a variety of players.

Fox and Frog Travelers: The Demon of Adashino Island

Holy heck, that’s a mouthful of a title! It is a 3D action game. You play as Fox, a girl who finds herself on Adashino Island and meets Frog. The island seems lovely, but something is lurking in the shadows. The inspiration for the game was an illustration made by the developer. This game won’t launch for at least a few years.

This is narrative game about two indie game creators (hello, real life inspiration). It’s a tale about the passion and struggles involved with game creations. It is designed to look old (so no, it doesn’t look bad). 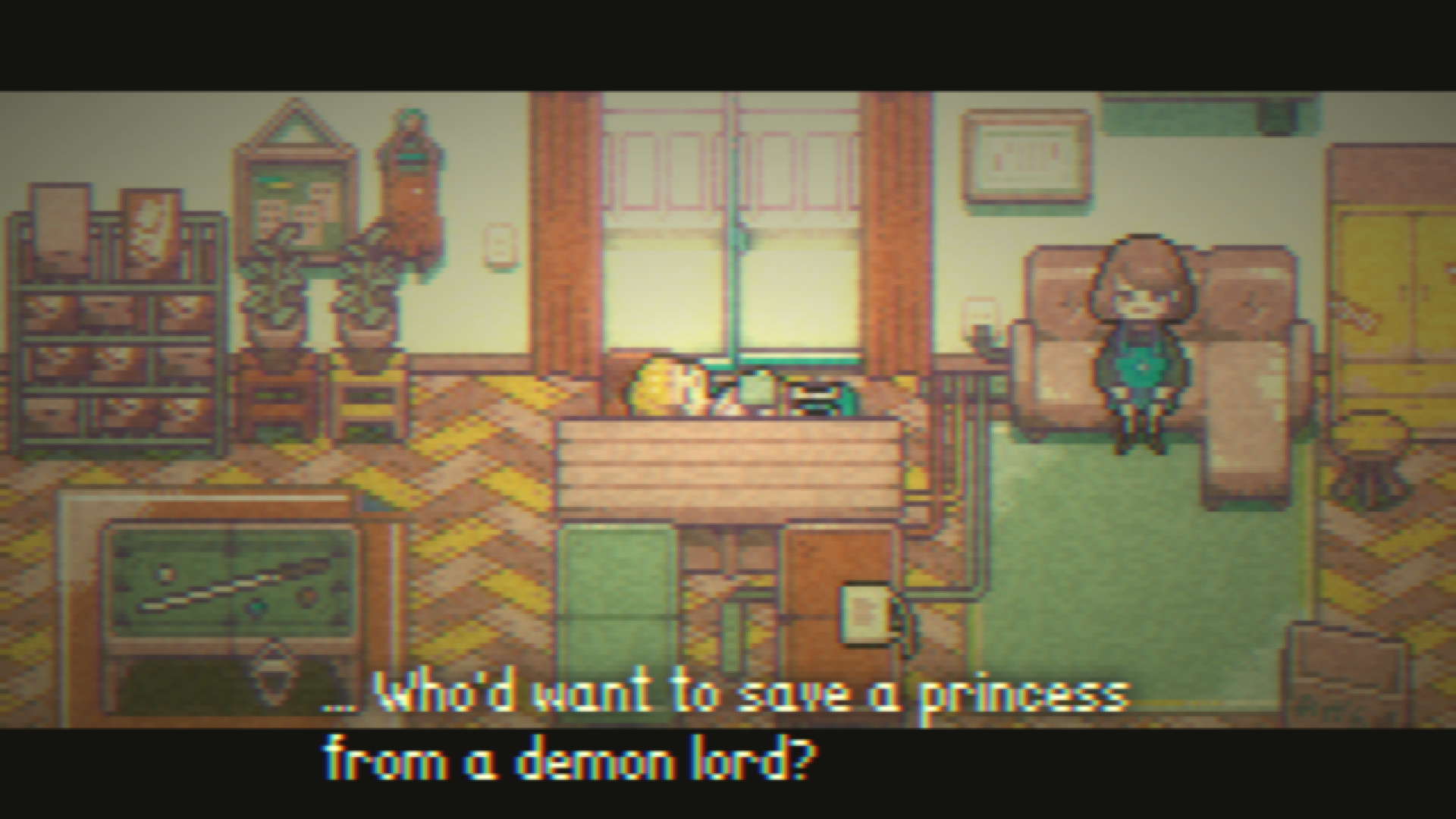 Birth is a point-and-click puzzle adventure about living alone in a large city. To quell your loneliness, you create a creature using spare bones and organs you find laying around the city. Meet creatures and learn about them by digging through their stuff, including laptops and cabinets. There are puzzles within the belongings. There are no instructions, and rarely will the same thing be done twice. Hidden tokens unlock secret buildings and treasures. Birth will be released this August. 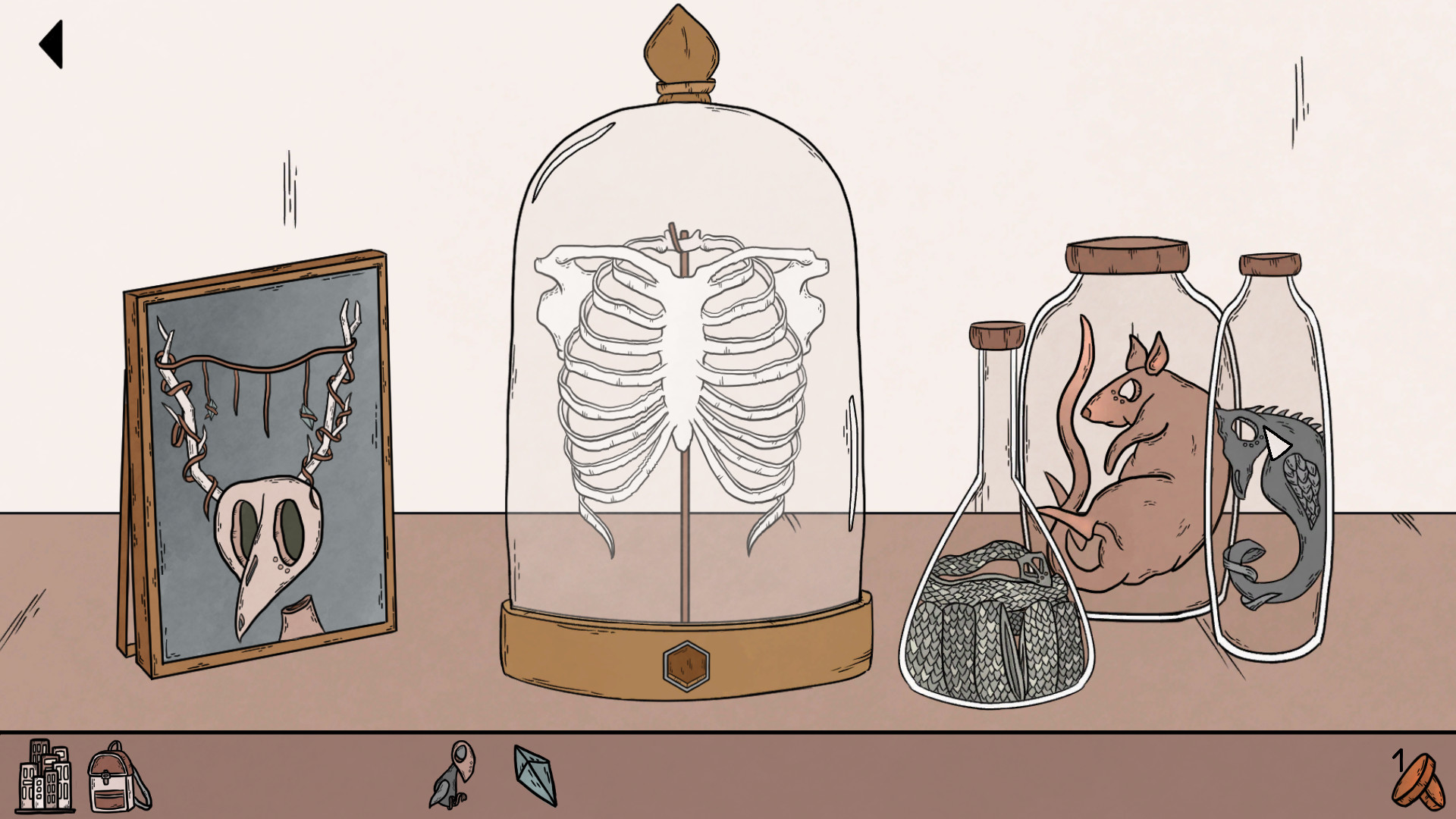 How to Say Goodbye

Play as the ghost of a person who recently died, trying to accept their own death. How to Say Goodbye is a narrative puzzle game. It’s contrasting colours and graphics make me very happy! Organise the levels to make ghosts happy. Moving one tile pushes the surrounding tiles. It is impossible for the puzzle to be unsolvable because of the way the tiles function (they can never be removed). There’s one ghost around here that’s a problem… an evil wizard who doesn’t know how to let go. The experience was designed to be gentle and kind, despite the somewhat serious topic. It will be released later this year for PC via Steam. 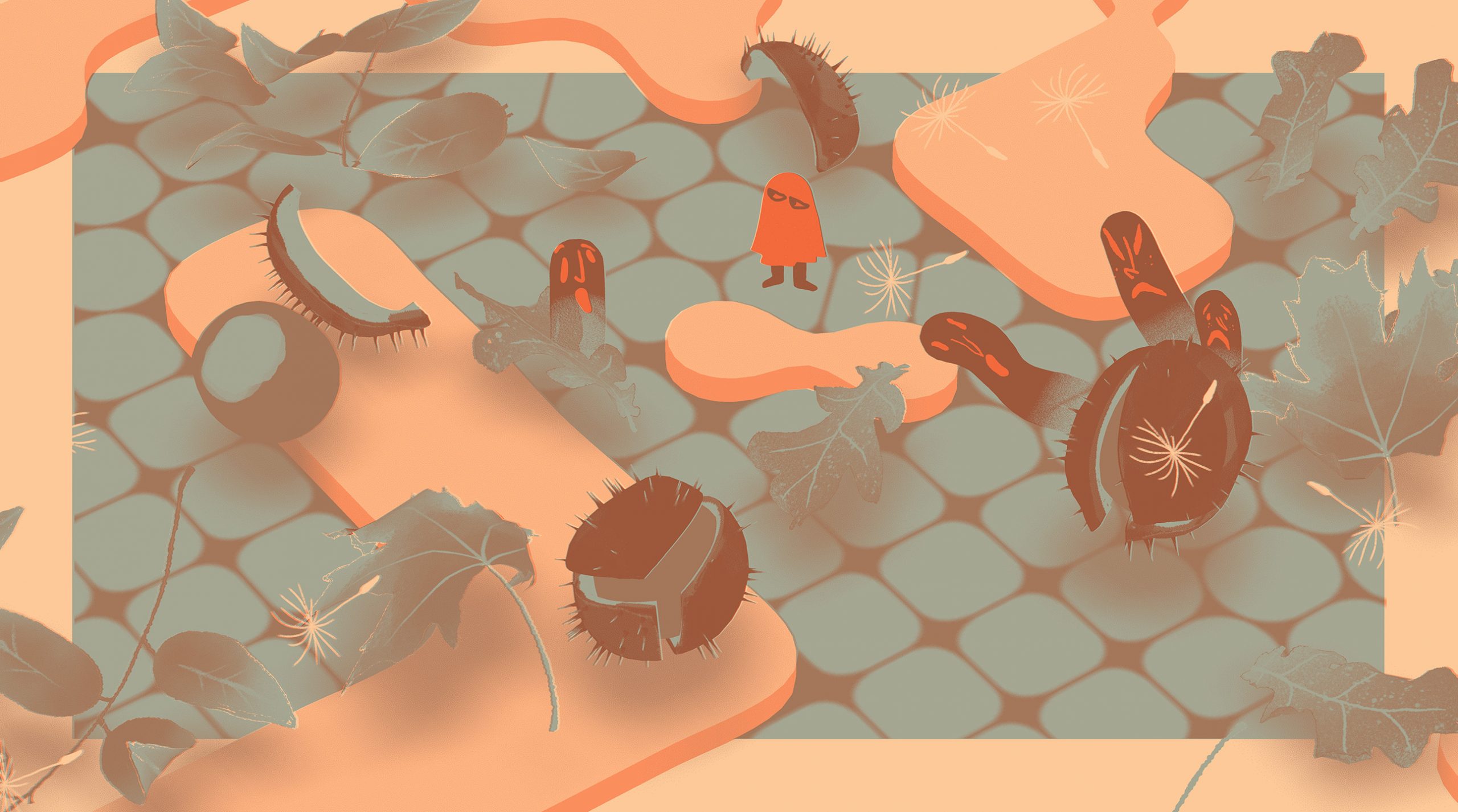 Earth is doomed, so gather your friends and head to Mars in Highwater