If you’ve got a Playdate, grab this while you can, because it is an unofficial adaptation of Pac-Man, and the developer is allowing you to give him money for it. In other words, he’s actively profiting from Bandai Namco’s most valuable mascot. The lawyers will be a-coming. Mind you, if Bandai Namco was smart, the company would try to get the developer to work with them on making this an official product, because One Bit Pac-Man looks incredible. 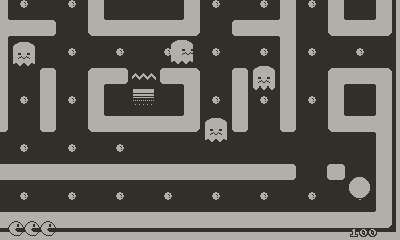 Not only is it a gorgeous adaptation of the classic Pac-Man gameplay, with excellent sprites expertly designed for the Playdate’s unique screen, but the developer has gone all out to build on the base game. There are 12 mazes, selectable difficulty, and six different powerups to make the traditional invisibility pellet just one way that you can deal with the ghosts. There’s also both a 50fps and 30fps option, so you can play it faster for even greater challenge if you’re so inclined. Once again, grab this while you can.

Next up this week, we have Soulless. This is a rather good-looking visual novel of the otome persuasion, and it has a good concept: “You live a simple life as a doctor in a simple town… Until a train ride at midnight leads you straight into the hands of a dangerous demon lord! In order to save your life you give away your soul and make a deal with him… thinking you might be able to get away… But even stranger and darker things await you as your fate gets entangled with that of the demons in the Dark World… Can you trust them? Can you save them? Can you love them?”

With the promise of “mild to moderate horror content,” Soulless will hopefully offer a darker look at romance (not that “darker look at romance” is that uncommon for otome, but it is a consistently interesting theme). There’s some decent art to back it up, and the developer is planning a three-part arc, which will hopefully offer a compelling, deep, and rich overall experience.

Gibbon: Beyond The Trees

“A touching adventure of a family of gibbons trying to survive amid an encroaching human threat.” Gibbon: Beyond The Trees might just be the essential experience for 2022, given that people still don’t seem to be aware of just how dire and critical the existential threat that we face is. Rather than being a dull lecture, however, Gibbon is a gorgeously vibrant platformer, and perhaps this will cut through where the dull lectures fail. 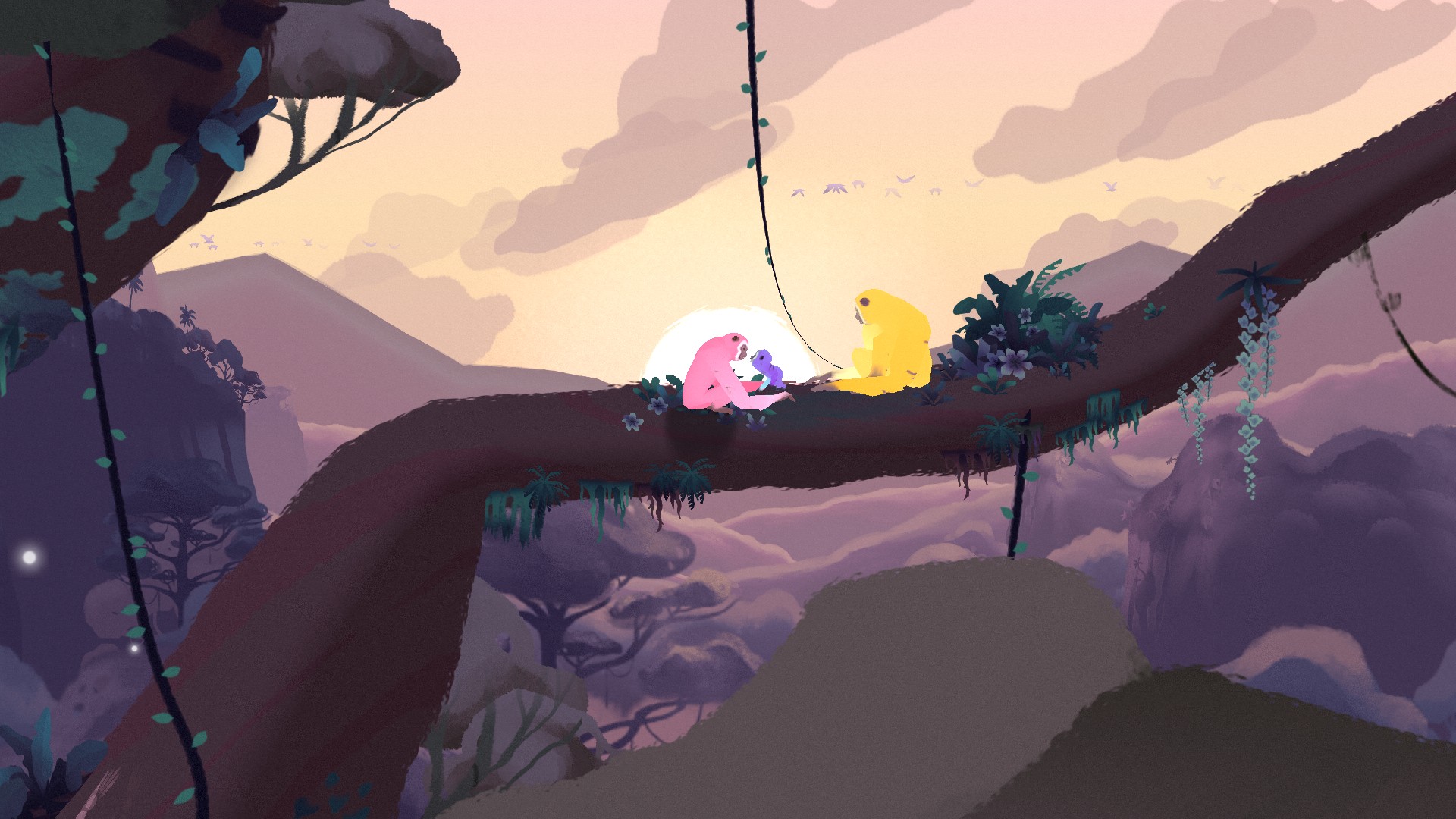 There are two ways to play Gibbon. A “story mode” which is, according to the developer, an hour long, and then there’s also a procedurally generated endless mode where, one presumes, the goal is to keep going for as long as you can. The art is hand-painted, and the developers have even studied the movement of brachiation (the way real gibbons move around) so that you can enjoy a truly free-flowing elegance as you play. In addition to Itch, this one is available on Steam and Nintendo Switch.

Finally for this week is a game that seems to have been developed just for me. It’s Jeapardy! meets Dragon Quest. It’s a game about retro game trivia… that you can play on your Game Boy emulators. It might only be a demo at this stage, but I so hope the developer builds it out. 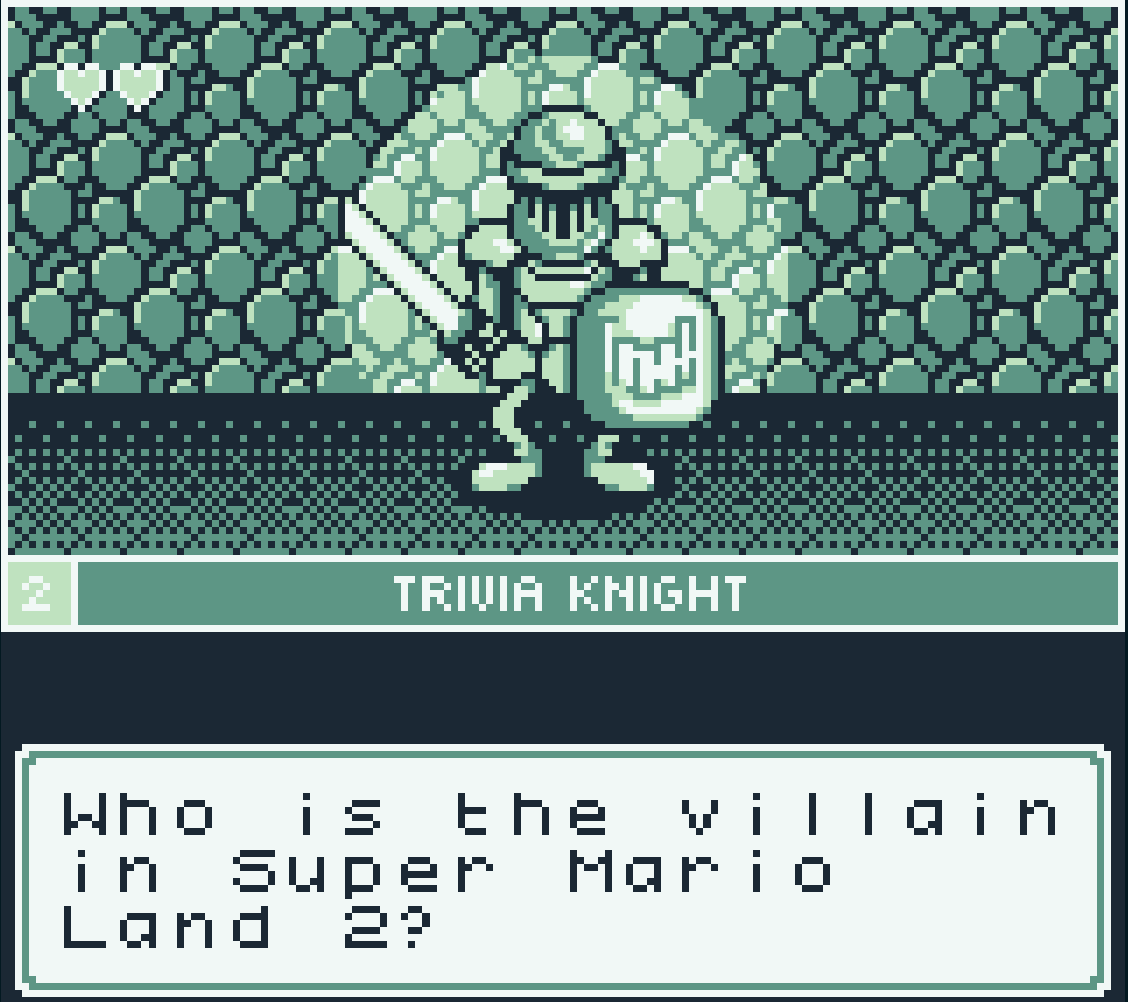 Basically it’s a JRPG-like thing where you “battle” via trivia questions. The overworld is inspired by Pokémon, and the rewards are classic Game Boy cartridges and consoles. With some gorgeous pixel art and some probing questions, Trivia Quest is something that I would pay full money for… just to see if my nostalgia is as strong as my memory.