Nothing sucks so much (in such a good way) as Kirby.

Nintendo is a versatile company. Over the many years that it has been around, it has produced everything from experimental artsy experiences to blockbuster trend-setters, and lengthy single-player journeys to pure multiplayer joy. There’s little Nintendo can’t do, but if I was to pick out one thing within the oeuvre that stood out as something other developers simply cannot emulate, it’s the company’s skill at level design for platformers. Kirby and the Forgotten Land doesn’t do anything particularly new for Nintendo. But it’s the level of execution that makes it so special.

Kirby is famous for his central ability – the ability to suck in enemies and then copy their powers. Kirby and the Forgotten Land is itself a little like that ability in motion. It behaves as though Kirby had sucked up Super Mario 3D World and this is the result of the copy. Levels flow just as they do in that variation of Mario’s adventure, in that they’re 3D, but also linear, and you’ll move through them in a set direction. They even play in a similar way, as Mario had his various power-ups and suits, and Kirby has the ability to suck in enemies and objects and take on their abilities, just like a power-up or suit.

It’s the execution that matters, though, and it’s the reason Kirby and the Forgotten Land never feels like a re-tread. For one thing, the range of abilities that Kirby can swallow and copy is enormous, and that lends itself both to visual and design variety, and a great level of depth in the puzzles and challenges that are thrown at players. There are plenty of little hidden bonuses and collectible challenges, and finding them all often requires the creative use of abilities, and the willingness to swap between those abilities frequently. This is, more or less, what the experimental Balan Wonderworld tried, but Kirby executes it to an infinitely better standard, and indeed pips the base Super Mario 3D World for the creative way that you’ll move around its levels. 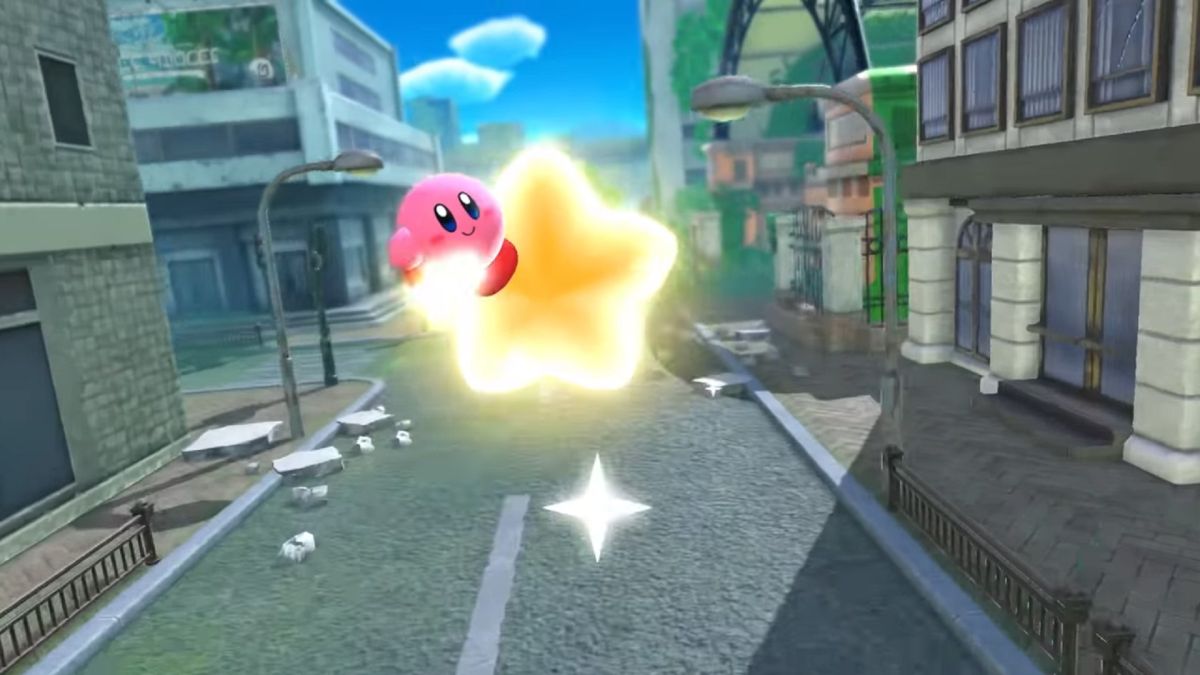 No two levels are alike. I’ve marvelled at this when writing about previous Nintendo platformers (including 3D World itself), but the boundless creativity that the company is able to bring to each and every level seems to be becoming something that the company delivers with more confidence each and every time. Every level in Forgotten Land is vibrant, filled with energy and new and unique quirks that make for an experience where you’re going to want to play on and on, just to see what tricks each next level will hold. To put this another way: you’ll never get bored with this game, and not for a second does it ever feel like a grind, no matter how long you find yourself playing.

People were concerned about whether Kirby’s first foray into 3D platforming would mess with the fundamental qualities of the pink animated marshmallow. People have been navigating Kirby through 2D worlds as far back as the Game Boy and NES, after all. There’s a lot of tradition at stake by moving to 3D, especially when some of Kirby’s key qualities (such as his ability to inflate himself and float) were solutions to 2D platformer problems. Thankfully it all works in 3D World. The different approach to Kirby’s mobility does distinguish him from Mario, and nothing about Kirby’s distinctive and beloved character has been compromised.

You’re tasked with saving imprisoned Waddle Dees in Forgotten Land, and this is in service of a secondary objective, beyond getting to the end of each level: rebuilding a village right in the heart of this world. At certain milestones of Waddle Dees rescued, new buildings are built and new resources are opened up to you. These can be significant, too, such as a blacksmith that can upgrade abilities, and some minigames to play as a breather between the main levels. I’m not usually a fan of how much stuff there is to collect in modern platformers, but Kirby here does it in such a way that I’m incentivised to spend my time exploring levels, without necessarily worrying if I miss something along the way. 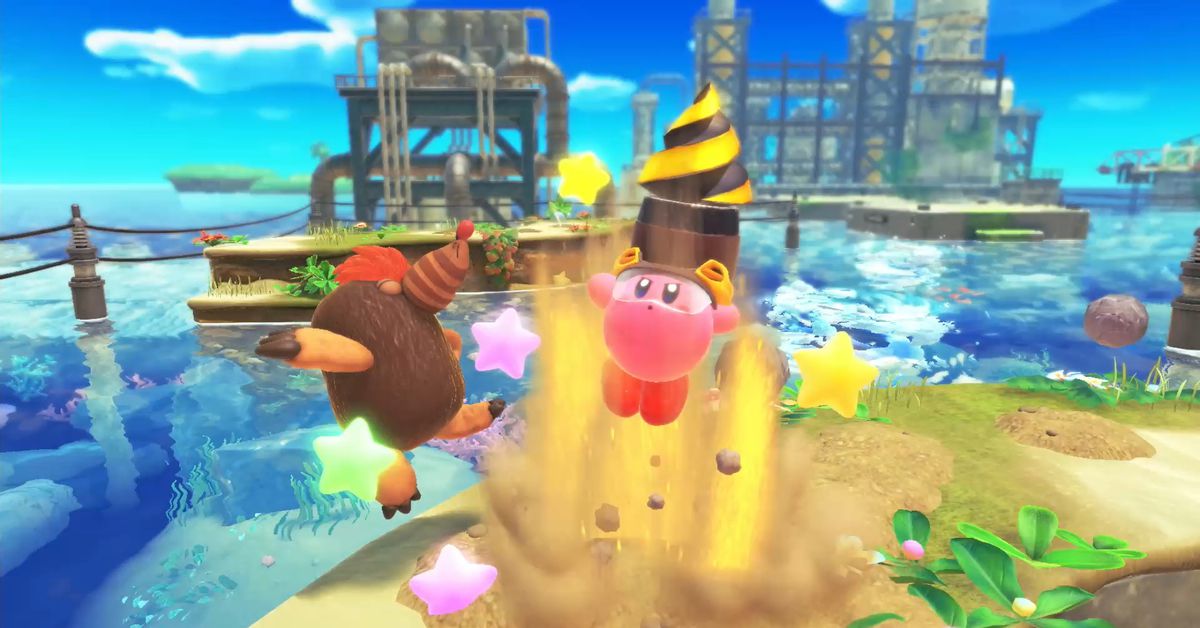 It’s at this point that I should mention that Forgotten Land is skewed towards the young. The highest difficulty level isn’t a substantial challenge, and there is a lower difficulty level for people who might be playing their first platformer with this game. There’s also a two-player mode where a parent or older sibling can help a young child get through the tough bits. None of this is to the detriment of the game, and even if you’re finding it to be a cakewalk you’re going to be having too much fun to care. It’s also one of those things that you inherently expect going into a Kirby game. They always have been easier going than their peers, because they’ve always clearly been Nintendo’s greatest effort to make the platformer truly all-ages.

Finally, I wanted to highlight the setting as a truly stand-out quality. We’re so used to “forgotten land” settings being adult in tone. Whether it’s the post-apocalyptic trappings of The Last Of Us, the colonial discourse of GreedFall, the modern Tomb Raider adventures, or the grim survival and horror theming of so many of those survival games, generally, when we find ourselves in some kind of area where nature is reclaiming places where humans once lived, we’re in for some pretty not-for-kids times. Kirby, here, reminds us of the playful side that this setting can have. The joy of exploration and the excitement of feeling like an intrepid explorer going places that, as the “re-wild” world around them suggests, few go any longer. So often Nintendo acts as the foil and moment of relief to the industry’s excesses. Kirby is a great example of this.

I’m not the world’s biggest fan of platformers, but I can’t help but delight at what Kirby and the Forgotten Land offers. It’s bright, wholesome, charming, funny and memorable. It’s also a near-flawless example of Nintendo at its very best.

Podcast-in-Video: On Stranger of Paradise and metatextuality: Why it matters