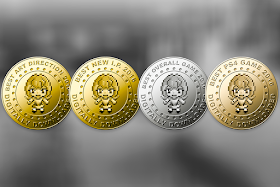 Welcome to the DDNet Awards, our annual celebration of the best and brightest games that we've been playing throughout the year.

The Australian and New Zealand game development industry is really going through a purple patch at the moment, with an awful lot of great developers producing excellent games. The local industry is especially strong at mobile and indie PC titles, as local teams tend to be small in number, and gosh do we know how to make those games fun.

Submerged game to iOS for the first time in 2016, and was immediately one of the standout mobile games released in the year. A beautiful, heartfelt game with a powerful narrative and superb musical score, Submerged is one of those quite unforgettable games, and a wonderful example of the trend among indie developers to create games that are more interested in passing on to players a valuable story then focusing on traditional expectations of gameplay. 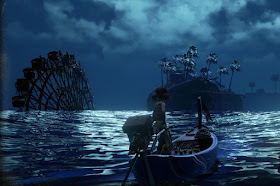 Another game that successfully made the move to mobile in 2016 is the impossibly addictive Mini Metro, by New Zealand outfit, Dinosaur Polo Club. Mini Metro is, in abstract, a simulation game in which you've got a slowly growing network of train stations to connect up, and a growing number of passengers that want to get around the place quickly. Beautiful minimalist graphics and a solid difficulty curve that keeps asking you to come back to try and better your score makes for the most unique, interesting, and fun "arcade" game that we've played in years.

One of the most entertaining speedrunning platformers released in recent years has been Disparity Games' Ninja Pizza Girl. The game was a hit with us when we played it on PC last year, and we enjoy it even more on console. There's something very console-like about a platformer, so kicking back on the couch with a controller has always felt like the natural way to play this one. It's a good game for the whole family to share around an play together, and has some strong narrative themes worth talking about too, which is another reason it's a good fit for the more family-orientated console gaming experience. 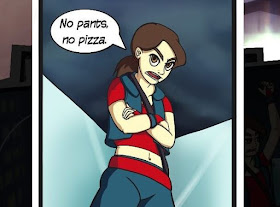 Aussie developer, Nnooo, took a long time in producing Blast 'em Bunnies; the game was first shown off when Sony was first showing off the PlayStation 4, many years before it was finally released. It was well worth the wait, though, as a thoroughly charming arcade action game that requires players to defend their home from invading hordes of cute - but deadly - bunnies. A solid nostalgic throw back to old light games, with rich, colourful environments and a strong sense of humour; this game is pure, simple, fun.

It was a truly great thing for a local Australian team to be handed the job to port and update one of Nintendo's classic Zelda games for a new audience, and Tantalus/ Straight Right did the job to perfection. Twilight Princess HD on the Nintendo Wii is a superb HD remaster, taking the pretty, but aging graphics of the game on the Nintendo Wii, and updating them completely so that the game looks like it was developed new for the console. One of the darkest adventures in the series, but also one of the best. 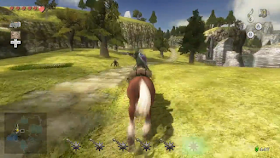